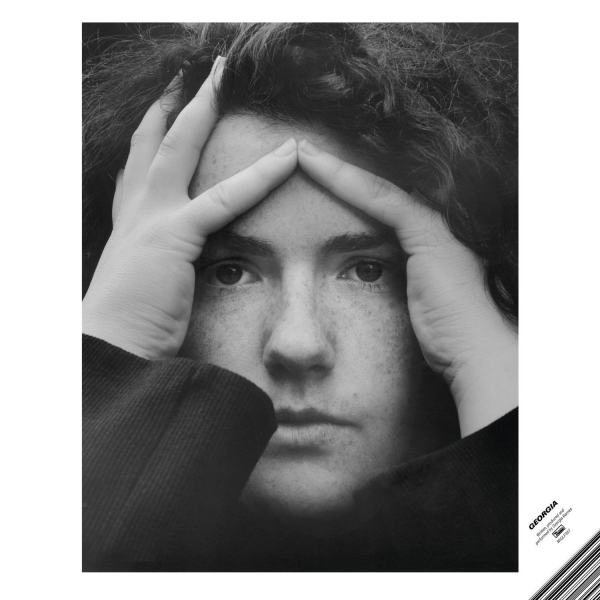 Just like the rest of us, musicians often take supporting roles before striking out into their careers. Sinkane learnt the ropes from within the session bands of Caribou and Yeasayer, Neneh Cherry’s solo career came after being in the touring band of The Slits, and next big thing CuckooLander rose from the ranks of Charli XCX’s band; its an endless list of cameos.

Multi-instrumentalist and sonic purveyor Georgia Barnes, or GEoRGiA if you want to be correct and much more awkward, is stepping out of the force that is team Kate Tempest, and on this evidence this latest graduate from stage left position to the spotlight is likely to make a very successful transition.

There've been whispers about her self-titled debut milling around for a good while, but with the release Georgia, the transformation into her own entity is now complete. Not only is she out front but the back end work of the album is entirely her own too, having been written, produced and recorded in her own home studio on her lonesome. It truly is a feat of solo workmanship.

Opener "Intro" makes sure you know who is behind the project straight away as a chorus of children complexly repeats her name over a haze of electronics, clearly staking her solo direction. That’s what this body of work is about from the off, putting a fresh slant on London beats and doing it with confidence that only comes from being around peers as talented as Micachu, Tirzah and the aforementioned Tempest. Georgia follows a creative minimalism and DIY ethos that could only be spawned from the edges of capital.

For instance, "Kombine" take a sample from a Pakistani mixtape given to her on a taxi journey home before it slips into a poppy entity that screams cosmopolitan. The themes she covers are spawned from the hustle of the city and the influence of those in her immediate vicinity as proven on the self-confessional "Cab Ride", and this adds an undeniable authenticity to the bedroom production.

Though very much grime influenced throughout, there are slower moments of reflection that stand out, such as "Heart Wrecking Animals" where a softer side comes to the forefront. Young love is also a running theme, discussed in "Tell Me About It" where slushy lyrics collapse into a meatier hook and talk of drug dealers called Sheila.

Georgia is the daughter of Leftfield’s Neil Barnes, but the pulsating and chaotic elements of "Move Systems" show she can set herself apart from her legacy. As an album, it’s original and engaging where some who have gone down the same path have failed to connect.