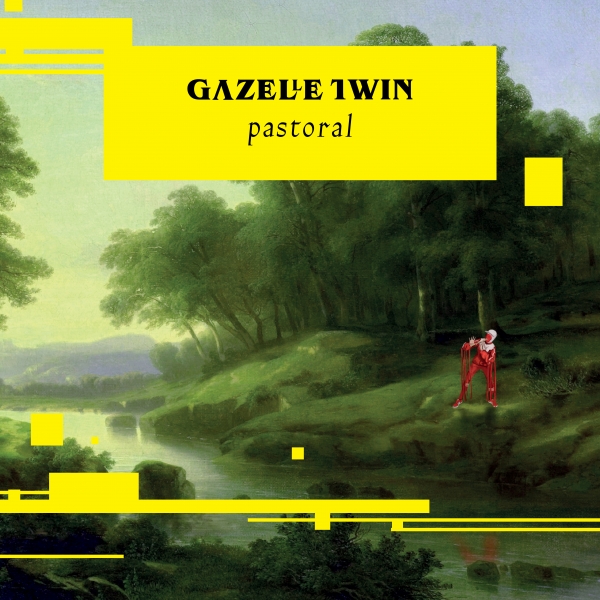 Brighton-born musician Gazelle Twin aka Elizabeth Bernholz is not one to pull artistic punches.

Her 2011 debut The Entire City gained plaudits for its bold style and avant-garde ambition. Pastoral looks set to further underline those credentials. This is an album which nails its uncompromising colours to the mast from the off, opening with a twisted, stretched-tape sound-scape over which Bernholz implores us to answer: “What species is this? / What century?”

Straight into track two and we hear “much better in my day,” repeated as a high-speed mantra over a low-fi drum ‛n bass rattle. Fragments of woodwinds zoom in and out like streams of corrupted data. “Just look at these kids now.” This is high-concept art which shrugs off any accusations of pretension by dint of its integrity and punch. It is impossible to journey far into Pastoral without feeling emotionally affected. “Little Lambs” is junk-pile reanimated techno filtered through a prism of paranoia and angst. Blinding bursts of light, chattering bells and harsh synths fire off like an early warning-system.

The wonder here is that Bernholz manages to combine the contrasting elements of modern technology and Old England in a way which is both meaningful and new. Sometimes she does this literally, such as on “Old Thorn” where the words feel traditional, if presented in an entirely un-traditional manner, but more often as an oblique and imaginative discourse. Indeed, it is easy to imagine this as a wholly new kind of folk music, drenched as it is in the experiences of common people, urban landscapes and modern psychosis.

“Throne” offers a brief respite from the maelstrom, musically if not lyrically. “I sit on the throne / I eat your soul / gather your debts” intones a voice over slow tape-looped Faust-esque drones and choral echoes. “Mongrel” sounds like a long-forgotten Residents treasure (had the Residents been born in 17th Century Suffolk). Gnarled electronic melodies stretch and compress, stutter and run.

“Glory” is the album’s centrepiece and also its longest track, running to five minutes. It opens with digital stomps, fragmenting pulses and menacing keys. “You will tell yourself it will be okay,” sings Bernholz in a voice ever-more yearning and pleading. On “Jerusalem” and “Dance of the Peddlers” she pays homage to English mystic, painter and social reformer, William Blake. Blake’s poem “Jerusalem”, here disassembled and reconstructed into a nightmarish collage, stands as a fierce indictment of England in the early 1800s.

“Sunny Stories” is as close as the album gets to a proper folk-ballad. It’s almost a shame that this is the only point at which we get to hear Bernholz’s wonderful voice clearly. It swoops and soars beautifully over the urgent beeps and moans of song-bird computers. Closer “Over the Hills” brings another snatch of traditional folk-song, here presented under the suffocating shadows of artificial storm-clouds. That the track finished abruptly and unexpectedly feels entirely fitting. Bernholz is far too ambitious to provide us with a neat and commonplace ending.