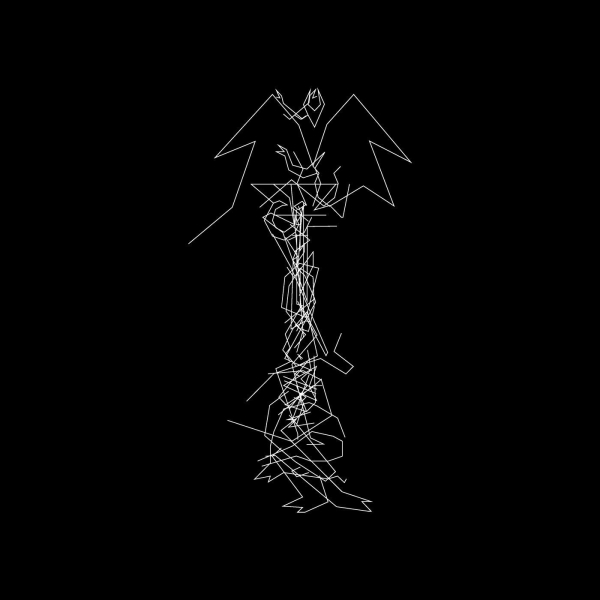 During the recording of Garden of Delete, Daniel Lopatin (alias Oneohtrix Point Never) was fortunate enough to befriend a blemish-blighted adolescent loitering near his underground studio. The boy, Ezra, was in fact a “humanoid alien stuck in an infinite loop of molting puberty caused by enigmatic stuff beyond comprehension”.

In a PDF message to his fans which began circulating in August, Lopatin revealed that Ezra eventually vanished, leaving only a data stick filled with mystifying MIDI files and a vial of glowing blue acne in his wake. In a recent interview, Lopatin referred to Garden of Delete — his eighth album and second release on Warp Records — as something of a memoir contorted by his penchant for embellishment. With this in mind, it’d be tempting to try and consign Ezra to the status of retrogressive alter ego, and to try and discern visible biographic threads across GOD. But there is no narrative; no way to justify the juxtaposition of schizoid-tempo synth arpeggios, percussive glitches and auto-tune; and, crucially, no point in attempting to situate the record within an existing schematic framework. Garden of Delete is shaped by its omissions — the moments before a furious chorus of error-message blips descend like gunfire (if this is all sounding a bit nebulous, consult “I Bite Through It” around the one-minute-mark).

In the months leading up to the album’s release, Lopatin masterminded a kind of connect-the-dots Internet scavenger hunt for the Reddit sleuths in his fanbase to pore over. The same PDF document that introduces Ezra also introduces his favourite band, the equally enigmatic Kaoss Edge. A few superficial Google searches yield a Twitter account in their name, along with a website, a Soundcloud page, and a blog with entries dating back to the 90’s — all populated by unnerving bits of tangential content and stamped with 0PN branding. In effect, Lopatin was scattering previews of the record, be they sonic or aesthetic, across the web. And it is clear he knows how to manipulate the subliminal through planting just enough clues to permit connections, tenuous or not, to be made. It’s not often that a brand’s marketing reflects the material reality of the product being promoted, but GOD makes good on its hype. The record, like the PR surrounding it, will nurture speculative interpretations without ever accommodating linear conclusions.

On “Intro” Lopatin warps what were likely human voices until they sound like some kind of remix of Linda Blair’s most perverse Exorcist outbursts. It’s an early assertion of the power of the machine to communicate with the same degree of nuance as the human voice. Ezra is immortalised on a track of the same name, which features a deranged oscillation between lush, syncopated synth pulses — think Flying Lotus — and blistering 8-bit seizures; needless to say, uniformity is in short supply. In light of this discord, it’s almost difficult to recall the smooth textures of Lopatin’s early ambient releases — gone are any vestiges of drone or one-time contemporaries like Emeralds and Tim Hecker. Now, instead of draping expansive tones over an existing theme, he ensures that divergent phrases collide to produce an uneasy, mechanised euphoria. The noise he has been infusing his most recent work with has finally subsumed his other sensibilities. Even “Sticky Drama”, with its markedly melancholy piano sample, soon rests on a precariously auto-tuned platform before degenerating once more into vital, pulsating rhythms. Lopatin is toying with the sonic equivalent of shrapnel, though he controls the radius of the blast and the timbre of the fallout.

The only language we have to talk about Garden of Delete is that which has already been articulated: the long-standing constraints of melody and harmony, tempo and time signature. There isn’t sufficient jargon to encapsulate the sound of a computer mimicking a machine; something about the intangibility of the noises Lopatin engineers eludes written representation. “Mutant Standard” is about about as emotive as an automated assembly line, and even in moments of affective clarity — particularly those on the second half of the album—GOD is constantly threatening to dissolve into amorphous techno-anarchy. However, Lopatin does offer opportunities for listeners to satiate sensitised ears with nonviolent sounds — “Child of Rage” is haunting without being threatening, and the ethereal synth swells of “Freaky Eyes” act as a primer for the respective organ and noise interludes that follow.

Regardless, GOD isn’t about sensory pleasure. It’s about sensory gluttony, auditory overload, and revelling in the difficulty of its pacing. So yes, it can be readily interpreted as some sort of meditation on the disjointedness that characterises modernity or an exercise in one’s tolerance of chaos. But It isn’t so much an album as a junk shop: that proverbial collection of oddities whose perceived value reflects more about the patron than it does the owner who placed them there, whatever his motivation.