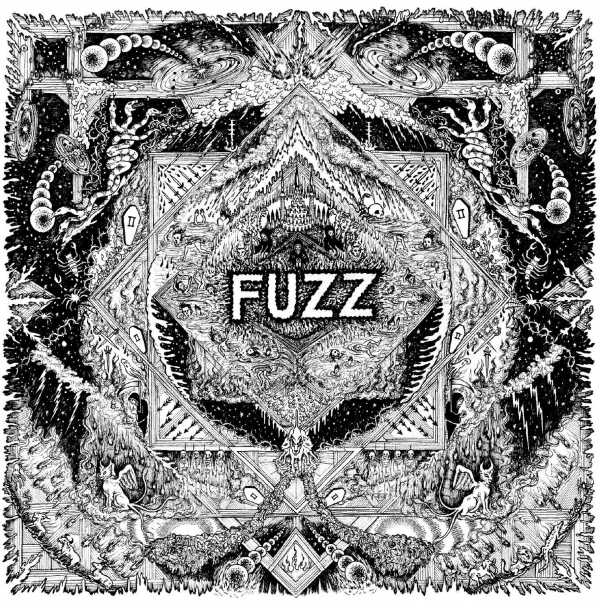 Two years after the release of their self-titled debut, rock power trio Fuzz return with a record rife with crunching, distortion-riddled riffs that head forth alongside tightly knit rhythmical grooves.

The three vital components of Fuzz (Ty Segall, Charles Moothart and Chad Ubovich) may each be prolific musicians in their own right, but their work together under the Fuzz banner is one that is of a heavier, more calculated disposition. Together they have crafted an album that swings and punches its way through fourteen sturdy bouts of proto-metal hard rockin’.

Songs such as "Rat Race" and "Pollinate" with their hard, head banging inducing guitar riffs have the same dark spirit contained in them as Black Sabbath’s more direct numbers have running through their very core. But to counter act this heaviness, there's an adequate balancing of lightness contained within II.

What is also apparent is that Fuzz have many gears that they shift in and out of constantly. Songs such as "Pipe" and "Bringer of Light" with their shifting tempos have a slight prog-like aesthetic hovering over their rhythmical complexity. Many will also be pleased to discover that the psych elements that first attracted people to Ty Segall's solo work are also firmly gripped hold of, an influence we see creep into "Let It Live", with its melodic Sixties ambience and "Say Hello", with its loose Eastern vibes acting as a countenance, showing the hallmarks of a band trying to step out and avoid being trapped by others expectations.

II is another step forward for a band who were once a side project, but now stand firmly alone and away from the shade cast by others.