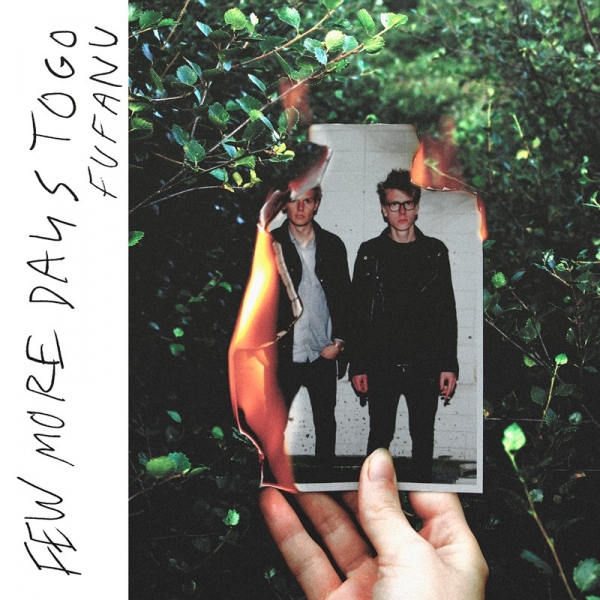 Listening to Fufanu’s debut is an experience that borders on the surreal.

While many great Icelandic bands are like an aural version of watching the Northern Lights sparking above a natural wonder like Gullfoss, listening to this record is like turning your back on all that, facing into a blizzard and roaming blindly into the bleak, mid-winter darkness.

Waves of pulsing electronica swirl and wash over the crowd. This relative serenity comes crashing to an abrupt end, as discordant guitar and thumping drums create a sneering burst of noise. The audience begin to nod in unison, as if hypnotised. Like a zombie army who've just spotted a fresh dose of brains to feed on, all eyes are transfixed. Wide-eyed and gripped by intensity, a young nordic man struts through the smoke with microphone in hand, ready to orchestrate proceedings. Instantly, it becomes apparent that Fufanu are like no ordinary Icelandic band.

After an introduction to Fufanu live and upon the backdrop of the Airwaves festival, it was easy to see what's different about their particular brand of electronic rock. The land of folklore, aurora and spectacular natural beauty is inspiration to so much wondrous, spiritual, dreamy music and will continue to be indefinitely. This is not however, the aspect of Icelandic life that inspires Fufanu. It would be much easier to surmise that long winters, baron landscapes and isolation are much more of an influence upon them - equally Icelandic features, but Fufanu are going down a much less travelled path.

The Einarsson duo form the core writing partnership of Fufanu. Both men are born to different fathers with the same Christian name of Einar, so they are not in fact brothers. They have been musical partners since 2011 though, starting out producing techno. This experience serves them well on Few Days Left To Go, as the bedrock of their album is formed from solid electronic foundations. It's in the nerdy programming where a lot of the magic happens too, as layers of subtle electronic nuances juxtapose the live instruments in a beautifully strange clash. The underpinning samples and soundscapes work so hard on this record, leaving drums free to add an incessant pounding rhythm and guitar, the knockout blow. With seemless sequencing, Few Days Left To Go grows and expands as you listen - the end product is such a complete sense of composition that makes this record nigh on impossible to turn off halfway through.

Here we have, what in essence is a rock and roll record, made from the perspective of electronic producers. Don't let that fool you into thinking this is some tame, geeky take on a music genre which should be teaming with rebellion. Where Few Days Left To Go completely surpasses expectation, is that for a duo you'd expect to be techno boffins or computer nerds, they're able to jam every bit as much swagger into their record as Alex Turner et al. Dare I even suggest, that whilst the Einarsson's may not be blood related, there's more than a dash of the Gallaghers about them too, as Kaktus struts around the stage, staring us out, whilst Guðlaugur plays guitar, expressionless in a pair of sunglasses.

There's something very valuable about pulling your inspiration from unobvious sources and finding your own way. Starting out as a production outfit and developing into a biting rock band takes serious work, artistic development and a genuine willingness to experiment outside of your comfort zone. All that learning and experience can't help but deliver something worthwhile though and this unconventional route is much more in tune with insubordinate rock ethics, than just simply picking up a guitar from the outset would have been.

A futuristic perspective on post-punk and rock and roll. Clever enough to implant electronic hooks into your brain, subconsciously. Dumb enough to smash a guitar into the drum kit, just for kicks. These guys have got it all.