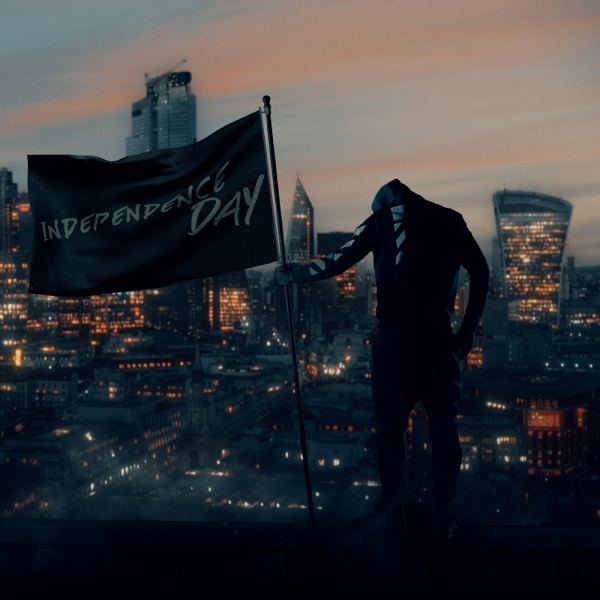 Independence Day sees Fredo delving deeper into his hood journal than ever before. Uncensored, unfiltered and leaving little to the imagination, his lyrical content is enough to make a drill group blush and whip critics of rap into a frenzy.

Releasing an album 6 months after his last must be some sort of record. It certainly shows Fredo’s renowned commitment to music - putting his blood and sweat into each track. Differing to Money Can’t Buy Happiness in the sense that it doesn’t have the production and mainstream features of its predecessor. In fact, the most appealing track to the public may be the catchy sample infused drill track “Double Tap” featuring Suspect (AGB). The tune shows Fredo’s dexterity on flows as well as his awareness of the new wave of UK drill music as shown on his past tracks “Burner On Deck” featuring Young Adz and the late Pop Smoke (Money Can’t Buy Happiness) and his more recent “Meant To Be” collaboration with Central Cee and Stay Flee Get Lizzy.

While Fredo shows no sign of letting off, adding more substance to his catalogue as well as his business outside of the rap game, like his investment in Kick Game, it’s unclear if the rapper still enjoys talking on the subjects of these tracks or if he feels a responsibility as a flag bearer for ‘Real Rap’ in the UK. While his content is shocking to most it’s impossible to disregard his progression: “We came a long way / from stolen peds” (“Flowers In The Snow”). On his Independence Day “Freestyle”, the West London rapper doubles down on narrating the gritty lifestyle of his contemporaries while keeping his hand clean in the more legitimate business of making music.

While Independence Day doesn’t shine in the same way as the more refined Money Can’t Buy Happiness (executively produced by accolade heavy Dave), it shows a Fredo even hungrier, relentless and refusing to loosen his ties to the street. That being said, any die-hard Fredo fan will love this project as well as the features from some of the hardest rappers the UK has seen: Potter Payper, Clavish and Suspect, as well as one of the pioneers of mainstream UK drill: Headie One.