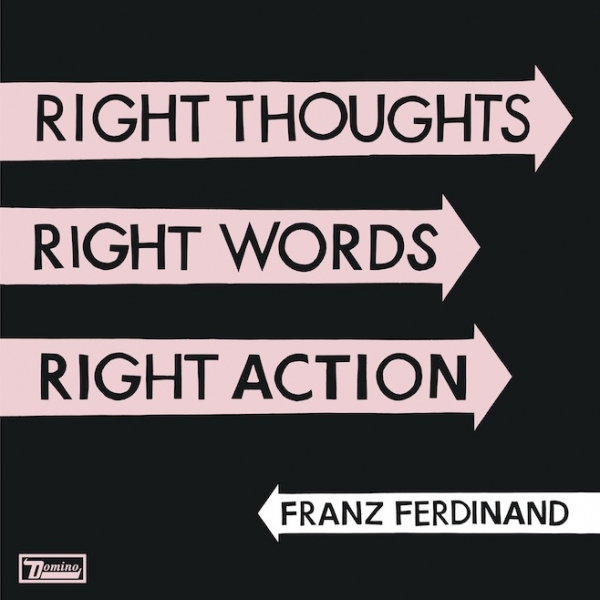 It seems a long time ago now, but Franz Ferdinand had the world at their feet once. The quickfire one-two punch of their self-titled debut and its follow-up, You Could Have It So Much Better, saw the band’s profile rise in stratospheric fashion, so much so that they were headlining Reading and selling out arenas within a couple of years. The latter of those records hit number one in the UK, and for a long time those big hitting singles – ‘Take Me Out’, ‘Do You Want To’, ‘The Dark of the Matinee’ – seemed ubiquitous.

It’s not completely clear what happened next, but whether they were trying to avoid burnout, pursuing other interests or just plain resting on their laurels, it was a long time until they resurfaced with new material; the criminally-underrated Tonight: Franz Ferdinand was released in early 2009. Taking their cues from dance music more prominently than ever before and basing the album around a loose concept of a night out were both likely factors in making Tonight a little less accessible than their previous records, but it also contained some of their finest work to date, including a rollicking lead single, ‘Ulysses’, and the ambitiously epic ‘Lucid Dreams’, which went through an experimental metamorphosis on stage.

With Tonight having failed to scale the same heights as its predecessors, the band quietly disappeared again; new songs cropped up on their return to the live circuit last year, but Alex Kapranos cited the ‘tainting’ of the last record by media misinformation to excuse their radio silence. Which is puzzling, because I’m not sure exactly how Right Thoughts, Right Words, Right Action could be misrepresented; there’s nothing esoteric or markedly divergent here. It sounds precisely like what it is: a very straightforward Franz Ferdinand record.

On reflection, the self-titled LP was one of those rare debuts that’s so meticulously constructed, so assured in its delivery, that it doesn’t leave the artist a great deal of room to grow into. The Franz sound was already so tight, so well-honed on the likes of ‘Tell Her Tonight’ and ‘Darts of Pleasure’, that they didn’t need to use their first couple of full-lengths as a kind of breeding ground on which they’d perfect their craft; they’d already managed it. And if that means there’s little in the way of genuine progression on Right Action, there’s at least compelling evidence that their relative lack of productivity hasn’t blunted their mastery of the Franz formula.

Opener ‘Right Action’ sets the tone; it’s an exercise in everything that sonically characterised the first two albums. An irresistible groove runs under sharp synths and jagged guitars, with ‘Do You Want To’s chantalong refrain resurrected to stirring effect. The first three tracks play like a statement of defiance from the band, intent on dispelling the notion that they might have lost their touch. ‘Evil Eye’ matches the strut of old with slithering organs and reverb-drenched vocals, whilst the fizzing guitar of ‘Love Illumination’ is the centrepiece of a song that serves as a microcosm of the band’s fascination with the delicate balance between rock and pop.

There are hints at attempts to expand upon the standard sonic palette, but they’re subtle, and the results are mixed; the introduction of a string section on ‘Stand on the Horizon’ is a nice sweetener, and stormy closer ‘Goodbye Lovers and Friends’ brings in foreign instrumental influence at its climax. ‘Fresh Strawberries’ sees Kapranos pitch for more melodic territory on the chorus, but the track’s churning guitar lines ultimately prove a distraction.

It’s on familiar ground that the band truly excel on Right Action; the infuriatingly catchy ‘Bullet’ is as short and sharp as the title suggests, and ‘Treason! Animals’ confirms Nick McCarthy as an expert in the field of angular riffs. ‘Brief Encounters’, which details swingers parties in typically offhand fashion, preserves Kapranos’ keen appetite for tongue-in-cheek lyricism; he might be Britain’s wittiest songwriter since Jarvis Cocker.

It’s difficult to gauge quite how Right Action will be received on a commercial level; it lacks a single as obviously massive as ‘Take Me Out’ or ‘Do You Want To’, but the songwriting spark that once elevated them to arena level is present in abundance. There’s certainly plenty left in the Franz Ferdinand tank, but whether they’ll be satisfied to spend the foreseeable future making records as ultimately linear as Right Action is unclear – the only thing for sure is that nobody does Franz Ferdinand quite like Franz Ferdinand.