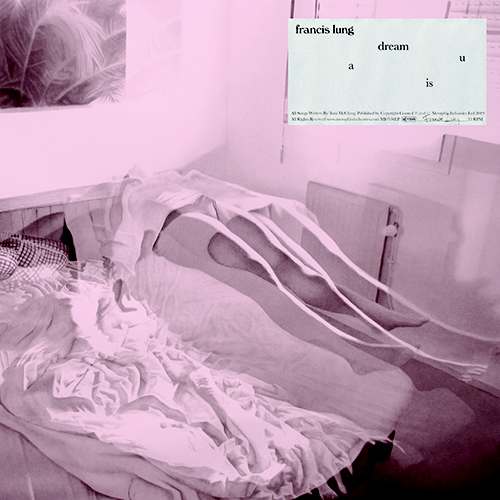 Imagine you’re back in 2011. Wu Lyf have just released their phenomenal first and final album Go Tell Fire To The Mountain. Someone tells you that in eight years time their bass player, Tom McClung, will be releasing his debut solo record and asks you to describe what you think it will sound like. You probably wouldn’t have a clue where to start, but the chances are, whatever you had in mind was completely wrong…

Around the start of the decade Wu Lyf appeared seemingly out of nowhere, surrounded in mystery and gifted us with one of the finest art-rock albums of the 2010s. They were notoriously tricky customers who refused to play the game, refusing to give interviews and turning down contract offers from a whole host of record labels, all while revealing next to nothing about themselves. Nearly ten years later they remain a truly mysterious phenomenon; in short, WU LYF were almost the antithesis of pop.

Given all this, you would be excused for expecting a challenging listen from McClung (now operating under the name Francis Lung) on his debut record, yet A Dream Is U is worlds away from the moody post-rock of his former band. Instead, Francis Lung offers listeners a vibrant, fun and sugar-coated album - best described by Lung himself: “a kaleidoscopic dreamscape recorded in full audial Technicolor, swimming with strings, harmonies, silver saxophones and merry-go-round guitars. It’s the record I’ve always wanted to make.”

This technicolour kaleidoscopic dreamscape record opens with “I Wanna Live In My Dreams” - a huge, unbridled pop number that explodes into life like an epic Phil Spector classic, with triumphant guitar solos, dramatic drum fills, sweeping string sections and doo-wop backing vocals, perfectly setting the tone for the rest of the record, which is brimming with excellent songwriting and exuberant arrangements.

As the album progresses we are treated to a steady stream of expertly composed, retro-tinged pieces of genius, often feeling like listening to the best of 60s pop through a modern-day indie filter, with washed-out guitar sounds meeting Beach Boys and Beatles-esque melodic songcraft - best heard on cuts like "Up & Down" and closing number "The Lie"

From truly infectious earworms like “2 Real” (a slice of pure jangle-pop gold) and “Do Ya” to delicate and nostalgic chamber pop cuts “I Do Believe In You” and “Unnecessary Love”, Lung creates a whimsical and diverse sonic world on A Dream Is U, but it isn’t all misty-eyed love songs. “Comedown”, the record’s darkest moment, is an incredible and haunting piano ballad, somewhere in the vein of an Elliott Smith number with a mesmerising chord progression and lyrics about the strange state of limbo addiction can leave you in.

On A Dream Is U we get to see another side of Tom McClung. He demonstrates an effortless knack for crafting intricate and loveable pop gems, while shamelessly embracing heart-on-sleeve lyricism about love, dreams and shooting stars. He might have only been trying to make the record he has always wanted to, but in the process, he has managed to produce one of the year's most interesting indie records.