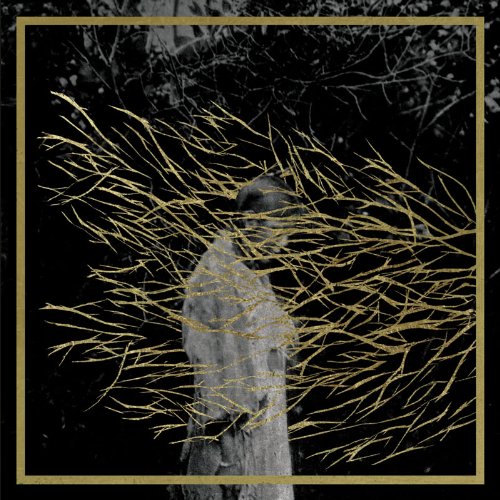 He returned to his graphic design and producing background for three years, and went relatively silent. We saw and heard remnants of his talent, with Barnes producing tracks for How To Dress Well’s Total Loss‘, but no solo work. Despite his embracing of the ephemeral nature of punk bands, with their penchant for one-minute wonders and disappearance after releasing a single EP, we weren’t alone in hoping he wouldn’t leave the musical planet forever.

Finally, Barnes’ has returned with a debut album Engravings, a psycho-geographical record that combines his design background with that of an ancient, medieval place and time. It’s a sonic exploration that, not unlike graphic design, takes physical elements and visualises them in another manner. And it sounds incredible.

The key to Engravings’ power lies in its background. Barnes mixed the entire record outdoors in the Wirral countryside, an area known for its Nordic/Viking history. As track titles ‘Ljoss’, ‘Thor’s Stone’ and ‘Irby Tremor’ suggest, the album was directly influenced by local history and monuments. Surrounded by beaches, woodland, and sandstone, Barnes took such physical elements and united them in sound, texture and melody.

Engravings moves elegantly from this medieval, Nordic era to present day. From the opening track ‘Ljoss’, you’re instantly transported to another, primordial era; the song reaches out like a human figure who’s trapped, frozen in space, attempting to connect through contemporary computer technology but struggling with the language. ‘Thor’s Stone’, which references a sandstone Viking monument near Wirral, is an immersive, ritualistic track that sounds so amorphous I can’t help being reminded of that morning-rising brachiosaurus’ moan in Jurassic Park. The instrumentation sound like a far off exhaltation from a prehistoric creature which, paired with Peruvian pan-flutes, is wholly intoxicating.

Elsewhere, ‘Irby Tremor’ is like repeating a beautiful haiku whilst embarking on a cemetery procession in the Deep South, while lead track ‘The Weight of Gold’ is reminiscent of a hip hop instrumental that uses harpsichord and chiming guitars to create a soulful yet trippy experience. We hear little of vocals until the last few tracks, with ‘Anneka’s Battle’ being an evocative number that features Barnes’ own voice paired with that of Brighton act Anneka. ‘The Plumes’ is a beautiful, drone rock number with piano, while closing track ‘Friends, You Will Never Learn’ again leans more on hip-hop, no doubt playing homage to Barnes’ well documented love of Aailyah.

Barnes said that “music is design with texture”, and the remarkable Engravings is, as the title suggests, just that.