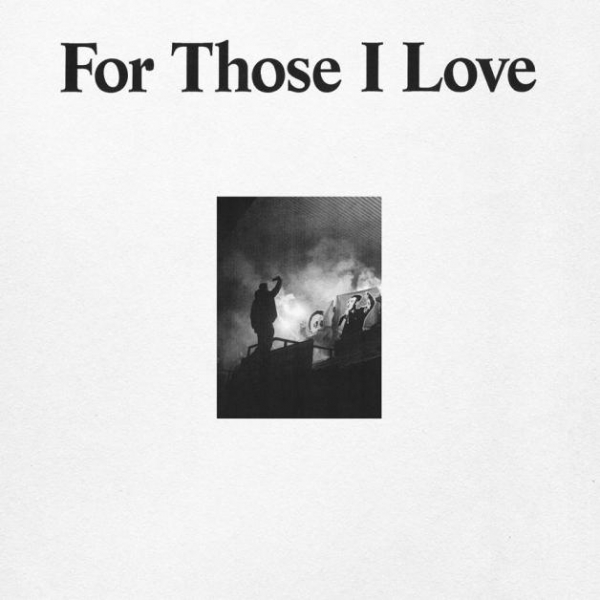 In recent years, Dublin has proved particularly fertile grounds in cultivating an impressive list of emerging artists. Fontaines DC, The Murder Capital, and more recently Pillow Queens have all risen to broader prominence from the Irish capital and all share in portraying an alluring mix of poetic honesty in their lyricism, and a downtrodden sense of catharsis and hope in their music.

Sharing in these origins is David Balfe, a 29-year-old producer operating under the moniker of For Those I Love. Against the backdrop of a city of hardship and adversity, disproportionally hit by economic and political fallout, Balfe carries a hard-hitting debut album as he explores a detailed biographical account of growing up in the Irish capital.

Delivered with a fine Irish brogue, Balfe’s open-hearted reflections conjure tender memories of working-class youth culture. With tales of all-night raves, football terraces, and driving recklessly down backstreets all producing a weighty slab of nostalgia, Balfe also navigates personal trauma. The whole album comes stricken with a sense grief as the narrative, steered by his best friend, Paul Curran’s death in 2018. WhatsApp voice messages, sound recordings, and Balfe’s recollections interweave the 9-track duration into a cathartic tribute and contribute to an immense feeling of loss on the album.

The musical backbone to these stories is provided with imposing electronic brushstrokes, as Balfe establishes impressive credentials as a producer as he evokes sonic comparisons with Nicolas Jaar, Mount Kimbie, and James Blake. The product of his spoken-word delivery, tinged with a Celtic inflection, and magnetic dancefloor-ready beats produces an undeniably charismatic cocktail, which last time it was seen to this effect, spurred an era-defining sound with The Streets.

Balfe makes time to explore his process of grief, but also make important examinations of socio-political subjects. "I Have A Love" is an incendiary avowal of adoration and friendship, and the experience of loss and heartache. It's tender piano sample creates a sombre tone in tribute, which ultimately acclimatises into a more celebratory homage of colliding synthesisers and candid declarations of love, in which you can audibly hear his grieving process. While "Top Scheme" is a spikey assault on institutional inequality, the exploitation of the working classes, and the people that perpetuate it. On it, Balfe oversees his most outspoken and steadfast arrangement both lyrically and sonically, as barbed beats clash with assertive aural depositions.

The comparisons with For Those I Love’s cultural and sonic origins are clear. However, there’s much more to this project than that. His creation of such an overt sense of nostalgia, grief, loss and mourning, whilst also making time to make statements on social justice issues is impressive. Balfe also simultaneously oversees the renovation of a particular rave-like sound and clatters it with an alluring and forceful poetic delivery. Is there room for improvement? Sure. But amongst its overwhelming successes, it’s easy to forget that this is a debut record.