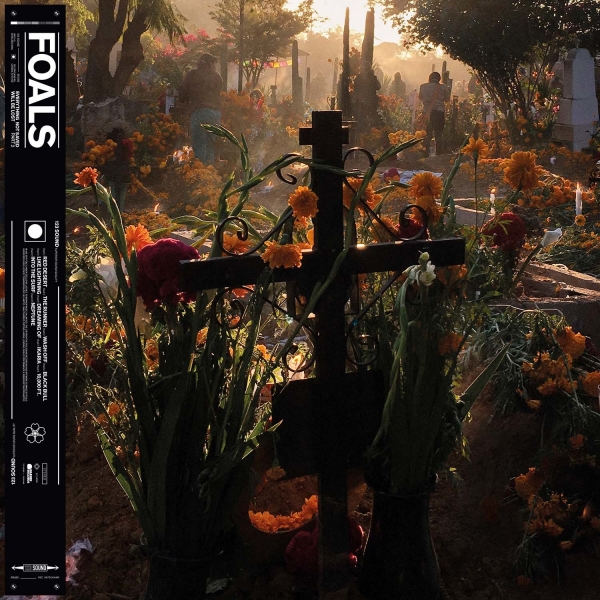 When commenting on the second half of Everything Not Saved Will Be Lost earlier this year, Foals frontman Yannis Philippakis described the effort as a heavier affair than its dance-y predecessor; in his own words, “it’s more of a rock record with a capital ‘R’ – maybe two ‘R’s.”

Everything Not Saved Will Be Lost Part 2 is neither as heavy as the band might profess, nor is it their genre-defining moment. It is, however, an inconsistent Rock album that takes few risks and buckles under the weight of its ambition to fit the mould of a double album.

This isn’t to say that the album has no redeeming factors; it’s just that they’re spread too sparsely across the scope of the wider project. For example, the transition between the soft, ethereality of "Red Desert" into the bombastic "The Runner" is handled with such blistering intent it's difficult not to be bowled over, especially as it occurs during the album's opening moments.

Equally surprising is "Into the Surf", a track which is decidedly down-tempo in comparison to its immediate musical surroundings and is perhaps one of the most densely packed pieces Foals have ever produced, instrumentally speaking.

The most frustrating thing about Everything Not Saved Will Be Lost Part 2 though is that it feels like it lacks the heart of previous releases and it fails to nail its principle conceit; this isn’t a heavy album. This is the sort of ‘heavy’ music that’s destined to play over the latest breakup montage in Made In Chelsea or during a particularly egregious car advert. It’s too affected to be genuine and often not interesting enough to be memorable.

It feels as if Foals have come to a crossroads in that it’s hard not to sense that the band’s musical identity is at its least defined at this juncture. Where so many of their musical contemporaries have fallen by the wayside, it feels like Foals need to do a great deal to justify their existence at this stage; to prove that they’re just as vital as they’ve ever been. Unfortunately, Everything Not Saved Will Be Lost Part 2 just doesn’t quite manage it.

The throwaway single "Black Bull" for example, bears more than a structural resemblance to "On the Luna", a track released during Part 1 of the project but passed through the aforementioned ‘heavy’ filter. Consequently, it becomes clear that Foals’ latest is a competent if unremarkable Rock album which sees the band struggle to completely escape the handicap of the double album.

In many ways, Everything Not Saved Will Be Lost Part 2 marks the end of a journey that Foals have been on for over a decade, one in which they have distanced themselves from their humble math-rock beginnings and moved towards the stadium-filling Rock band that they perhaps always envisioned themselves as. Accordingly, it feels as though the band has lost some of their magic along the way.