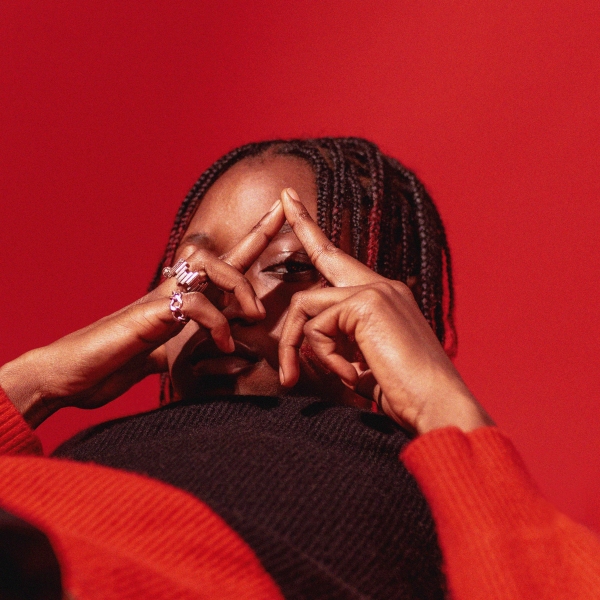 The list of up-and-coming rappers who talk shit and back it up has very few names on it. With electronic beats and an overwhelming lyrical pace, the Nigerian-born, Bermondsey-bred rapper FLOHIO proves she deserves to be on that list with her new mixtape No Panic No Pain.

A masterclass in understanding what makes songs pop, each beat is crafted with wavy synths, wicked snares, and some of the smoothest kick drums you’ll hear - setting the stage for the erratic flow and wordplay that gave her recognition in the first place. It’s a reinforcement of her skill to this point, justifying the press she got with her early singles and Wild Yout EP, wherein each song puts her relentless style front and center, and she never gets lost in the expansive beats around her.

While No Panic No Pain is a great project, the issues with the mixtape format are to its detriment. This feels like a list of songs rather than an album, and the project drags in parts when variety could have pushed it forward. We know FLOHIO sounds great on hard-hitting, vibey beats, but a switch in her flow or beat choice would have made this a statement, rather than a show of potential.

But still, No Panic No Pain drifts away from the typical mixtape with its subject matter. FLOHIO may have the flow and timbre of a rapper who talks a big game, but the issues she discusses are deep and personal; like on “Medicine”, when she raps, “But right now in my zone / I know what I’ll invest in / You answered all my questions / Bad habits give good lessons.” There isn’t a moment on the mixtape when you think FLOHIO is posing. Often these projects are a random collection of ideas, but No Panic No Pain demonstrates how seamlessly FLOHIO can drift between bragging (like on the Take A Daytrip produced “Unveiled”) and discussing what troubles her (like on the J-E-T-S produced “Medicine” mentioned above). No Panic No Pain may not be a perfect project, but it shows how much promise FLOHIO has. She has some steps left to take, but if No Panic No Pain is any indication, her shit talking isn’t fluff, she’s here to stay.