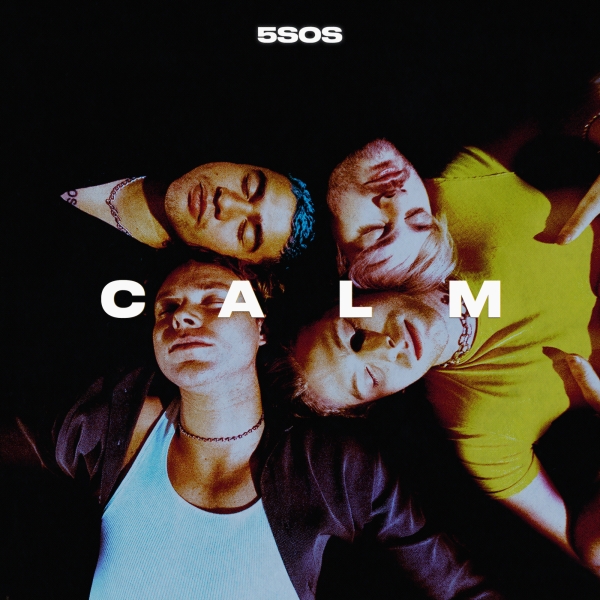 5 Seconds Of Summer’s third album, 2018’s critically acclaimed Youngblood, saw the band take a step away from their pop-punk roots and towards a more polished performance – songs that were undeniably more pop in nature, but with live instruments still integral to their sound. Calm is a continuation of this trajectory, but also goes to places that Youngblood dared not.

Opening with "Red Desert", a bold introduction that starts off semi-acapella, the band harmonising and creating a depth of sound that gives the impression that they recorded it in a cave. Then the pace picks up. The 5SOS rhythm section – Calum Hood and Ashton Irwin, bassist and drummer, respectively – shine, maintaining an intense beat the entire way through. It’s a song that immediately draws you in, wakes you up – it’s fitting, therefore, that one of the very first lines frontman Luke Hemmings sings is “I’ve been asleep so long, I’m so far away”.

"No Shame" is equally captivating, though brings with it a far lighter mood. It opens with Michael Clifford’s subdued guitars, Hood and Irwin joining in building the song until it bursts into the chorus. It’s catchy, poking fun at our obsession with fame and fortune – and the things people will do to get it – through a smirk, but as with most satire, the radio friendly sound of the track belies thoughtful lyrics. Hemmings might be teasing as he sings “I only light up when cameras are flashing”, but the words – and the accompanying music video – expose a truth of not only celebrity but of how we use social media. It’s something the four-piece know only too much about.

It only makes sense then, that the band pay homage to their past selves. Of "Old Me", Hemming mused recently “we were thrown into the public eye at a young age and gratefully had each other at a confusing time” and that it feels important to look back on and appreciate the journey they’ve been on together, over a simple, R&B-leaning pop song that recognises the value of mistakes and in sticking to your guns. It’s a song for the band, and for the dedicated fans who have been on that journey with them.

The best though, comes later in the record. "Wildflower" is filled with Hood’s warm vocals, which get progressively sexier as the first verse goes on. It is, through and through, a running free, summery song – for its 3min 41sec, you can just about pretend that you’re not trapped inside the house amidst of a global crisis.

The last few songs are more emotional and showcase the best of the band’s colourful, touching, and self-reflective lyricism. "Best Years" is a touching ballad addressing a relationship, acknowledging that “you got a million reasons to hesitate” but reassuring that “darling the future’s better than yesterday”. It paints specific images of the relationship in question but will also resonate with the fans who have grown up with them – and who will continue to do so.

"Lover of Mine" is forlorn, filled with downbeat acoustic guitars and haunting vocals. In the chorus, Hemmings sings “When I take a look at my life and all of my crimes / you’re the only thing that I think I got right” – it’s a cliché but written beautifully, and sung with such aching sincerity that it feels fresh. "Thin White Lies" is broody and dejected, with the frontman singing honestly “I don’t think I like me anymore” and asking for “someone [to] tell me who I was before”. It’s the stand-out track, lyrically and sonically.

It’s a perfect pop record, from start to finish – there’s not a single filler track, each is distinctive and shows off the band’s impressive range. It ends with "High", an intriguing and understated contemplative track – sad, but with a glimmer of hope. It’s a complete contrast to "Red Desert", which works hard to get your attention, but come the end of the record, the band are confident that they have it and they can be honest, which is all they've wanted to be. Now all you have to do is listen.