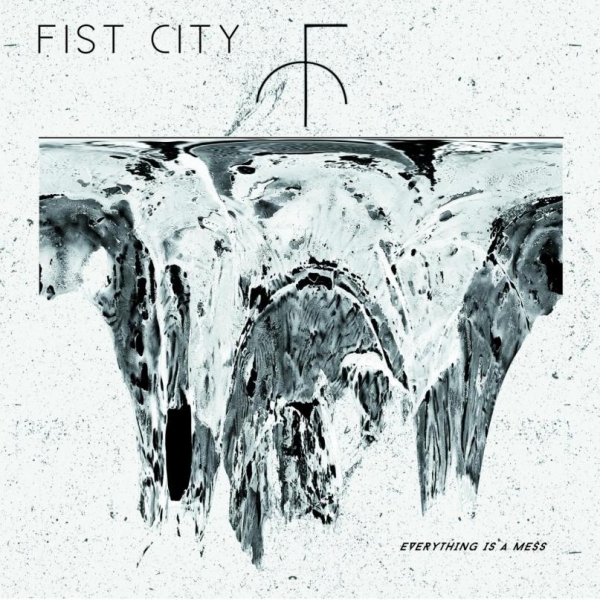 People will call this album a shambolic punk record, but the truth is Fist City’s Everything Is A Mess isn’t anything of the sort, despite what its name might suggest. It’s abrasive, sure, it’s chaotic, but this is so on-point, so clear, it’s among the most concise alternative guitar records of the past few years.

There’s no polaroids taken with this, half washy ideas of surf-pop, ran through a filter for an irrelevant blogosphere. The songs are a concrete reminder of why certain music stands the test of time. It connects dots between the records you might have liked as a teenager, maybe Hot Fuss et al or The Cure’s Disintegration, with the bands you possibly found later on, such as Fugazi buried among a pile of vinyl. It whirls it up into a foamy new drink for summer. You don’t just happen upon a sound like that - it only comes from knowing exactly what you’re aiming for, and fucking nailing it. Fist City have fucking nailed it. It’s so detailed. This is no shambolic accident.

A song like “Bad Trip” for instance could easily be misfiled under the Sex Pistols or Arcade Fire. It’s not a scruffy stab at punk - it is about the most effortlessly punk music released for a long while. Comprehensively intimate and enthralling. As with the best garage or punk bands, ethos only accounts for a small percentage of the whole - the best of it being driven by solid songwriting and attention to concept. You can hear the cogs that might have inspired it, rattling just enough to make this immediately accessible, before you start scratching at it. Needless to say it's a huge next step following 2014's It's 1983 Grow Up!.

Maybe in a self-aware moment, Fist City wrote “Surf’s Up” for this album. Possibly their way of nodding along with you, sarcastically, that it’s an album of the sort which might have a song called that on it. But being an instrumental which at its best sounds like a deranged B52’s, at its most ludacris a freaked-out Young Knives at a 1960’s "happening", it makes its point. They’ve already decided how you’re going to react to this album, and they're poking you, so why not surprise them.

Fist City are going to try and pass Everything Is A Mess off as a delinquent laugh into nightclub corners, but we’re not going to let them. We know it’s far more than that; than a scrappy nod at nostalgia or a decent stab at post-punk. This album is too distinct, with too much perspective to call anything other than revelationary. You could hear this a hundred times and be no closer to figuring the band out, and I just find that mind blowing.

This is such an endearing band I don’t want to understand them quite yet, rather be wooed by what they have to say right now and figure it all out in a few albums time. I'm going to have a lot of fun along the way too. We all are. They have this agenda we’re not meant to get, and it doesn’t matter. There’s more than enough here to absorb for one record, and certainly enough to have you pulling your hair out. It’s beautifully crafted, and you’ve really not heard anything like it before.