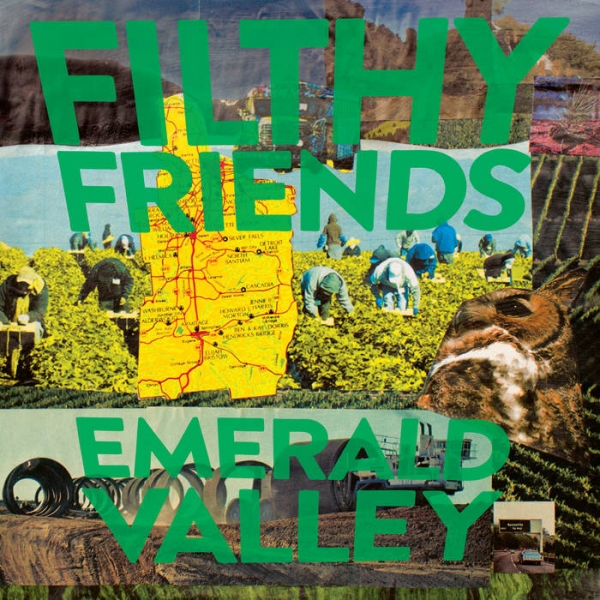 There was a time back in the 1990s in the Pacific Northwest music scene when star-studded side projects were practically ordinary, such as Temple of the Dog (featuring members of Soundgarden and Pearl Jam) and Mad Season (Pearl Jam, Alice in Chains and Screaming Trees). Another one of those was The Minus 5, and some of the central figures from that rotating cast of characters - Peter Buck (R.E.M.), Scott McCaughey (the Young Fresh Fellows) and Kurt Bloch (the Fastbacks) - have kept tradition alive via Filthy Friends with vocalist Corin Tucker of Sleater-Kinney and current drummer Linda Pitmon.

A collective outlet like this is often a chance to jam for the sake of it without an agenda, but Filthy Friends take a different tack on Emerald Valley. The opening title track sets the scene: fertile fields and deep green hills, spring trees reaching for the reemerging sun - a landscape much like that not far outside the band’s locale of Portland, Oregon. Then comes the arrival and spread of settlers and farmers, and from that development stem complex modern issues and perils: environmental degradation, resource exhaustion, income inequality. Also, no legitimate American protest album in 2019 could get away without addressing the current political schism, and “November Man” excuses neither leader nor followers: “You made the deal / Our future sold... / For all the sinners / For all the thieves / Your words the drug / Your believers seek.”

Against a rollicking jangle “Only Lovers are Broken” sums up what many feel about these times, that “This must be an upside down world.” There’s are threads of heritage strung through Emerald Valley, not just in the vintage ‘70s/’80s guitar pop pedigree of the riffs and rhythms (“One Flew East,” “Break Me” and “Last Chance County” all from the second half particularly stand out), but also in Tucker’s lyrics and delivery, which are earnest and earthy without curtailing her natural dynamic. Environmentalism is more easily preached than practiced, but Emerald Valley gets credit for not hiding behind metaphor or keeping a critical distance from its subject matter. Passionate about its backyard, it knows there’s no dreaming without a bed to lay in.