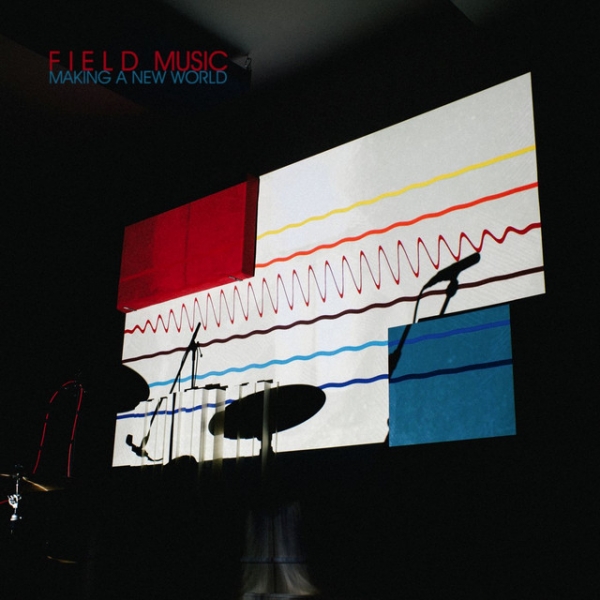 Field Music have always made dictionary-definition art-pop, indebted to all of the giants of the genre. You can always expect to hear snatches of XTC, Paul McCartney, Peter Gabriel, Yes and a myriad of other genre specialists. On their new album, Making A New World, the Brewis brothers’ typically beautiful music is warmer, weirder and a little wilder than usual.

Songs from this new record were commissioned by the Imperial War Museum, to reflect the period just after World War I. Not that you’d ever know, because the lyrics cover everything from gender affirmation surgery to sanitary towels (apparently). Don’t let that put you off – and certainly don’t expect to be thrilled by it either, history enthusiasts. Just take this for what it is – a great art-pop record, much like all of their others, just with a little more diversity than you’re used to.

The album opens with “Sound Ranging”, which evokes the contemplative, humming soundscapes Japan first popularised on Tin Drum, some 40 years ago. Then comes “Silence”, the second track, which is a 40 second distillation of the first movement of Brian Eno’s Music For Airports – sparse, elegant, single piano notes left to ring out into the void.

The actual songs start with “Coffee or Wine”, a rolling, rubbery piano-led rocker with a killer chorus and some searing guitar leads. As usual, the instrumentation is produced to sound as lush and rich as possible, with a McCartneyesque bass tone and cymbals that sound like waves crashing against a shore. “Best Kept Garden” opens with a delightfully screwball guitar lead (more Captain Beefheart than one might expect), then devolves into a wonky synth-led crescendo.

The sinister bass-led skronk of “Beyond That Of Courtesy” is a pleasure, and so is “A Change of Heir”, which evokes imperial-era Pink Floyd. Then there are four short instrumental sections, split into pairs, “A Common Language Pts 1 and 2” and “Nikon Parts 1 and 2”, which all merely offer a diverse range of textures.

Then, after all the instrumentals, a pair of genius tunes. Firstly, there’s the amazing Speaking in Tongues-era Talking Heads homage “Only In A Man’s World” and the Peter Gabriel-indebted “Money Is A Memory”, both of which are contenders for the standout track of the record. The album closes with the contemplative reverie of “An Independent State”, which again opens with stark piano, but grows outward, incorporating cymbals, synth washes and an almost sinister, spindly lead guitar line.

Fans of Field Music will be absolutely overjoyed with this set, and of course, fans of '80s art rock will be in their element. Those put off by the unwieldy concept ultimately have nothing to fear – the WWI themes are completely ignorable, and so disparately connected that the only reason you’d ever know they were there was if somebody told you in advance. Apologies.