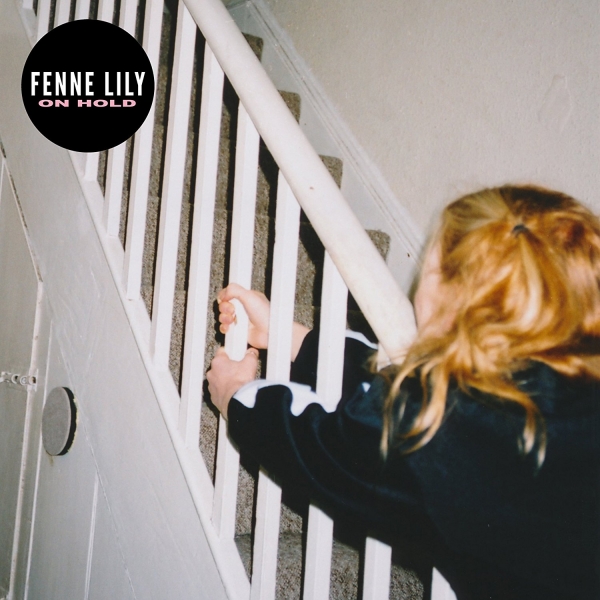 Bristol-based Fenne Lily deals in the well-worn themes of the classic break-up record on her debut album, but her own uncompromising vulnerability and striking voice confirm her as a rare talent.

On Hold was conceived after a previous boyfriend jilted the UK, leaving their relationship behind in the process, and chronicles Lily’s despair, self-doubt, and struggles to make sense of all that follows. Crucially, this is no platitudinous tale of redemption - a circular journey plotted to fill you with hope or wonder at human persistence - On Hold is more often desolate, and more often the better for it.

Opener “Car Park” sets that tone of unfiltered emotional honesty, zooming into her world with the vivid image: “I wonder if you saw that I was sorry for the beating of my heart / when it woke you in the car park.” Previous single “Top To Toe” is yet more spare, as Lily’s crystalline quiver of a voice runs through the many cruelties of struggling to come to terms with the end. A simple guitar melody anchors things, but it may as well not - the whole song is rooted in Lily’s imagery and magnetic whisper of a voice.

That sighed, ethereal voice casts its tendrils over the whole of On Hold, turning even the simplest arrangements into arresting moments of intimacy. The combination of hyper-intimacy, break-up and trembling voice often echoes Sharon Van Etten - which is about as high a praise as you could give - and, like Van Etten, Lily isn’t averse to the occasional intermission of grungy guitars and eventually getting the fuck on with life. Enter the title track, which eschews the gushing rom-com ending, instead casting moody guitars over the place while Lily, voice still heavy with self-doubt, steps out into the uncertain territory of post-relationship relationships. There’s even a fiery guitar solo. Fuck you, flighty-ex.

Those despairing vocals are elsewhere backed by menacing palls of synths, every inch as brooding as Daughter, as on penultimate track “For a While”. Lily weighs the reality of impending break-up, concluding “I’m coming up slow”, as if finally breaking the ocean’s surface to gasp for air, knowing that endless, aimless blue horizon is about to appear around her. And where now?

It’s one of the record’s most memorable moments. And whilst On Hold was never going to constantly soar at those heights, it does introduce us to a new and extraordinary voice capable of wringing profound and resonant moments out of loss. Where she now goes is anyone’s guess - that horizon’s blue again.