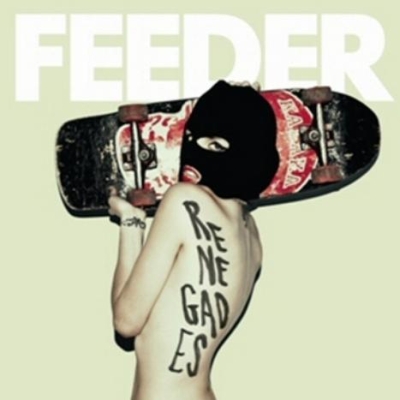 In 1997 a young three piece from Cardiff released their debut album Polythene. Inspired by Nirvana and the early 90’s grunge scene, it was hailed by the musical press as the UK’s answer to the Smashing Pumpkins.

Thirteen years, seven albums, one singles collection and one b-side collection later and a lot has changed for Feeder. Shortly after their 2001 breakthrough record, Echo Park, the bands drummer and founding member Jon Lee tragically cut his own life short. Rather than call it a day, front man Grant Nicholas and bassist Taka Hirose decided to continue the band and with a little help from Skunk Anansie drummer Mark Richardson they released Comfort in Sound, Pushing The Senses and Silent Cry.

The beginning of this passing decade saw Feeder step briefly and brightly into the limelight of the indie rock scene, with the commercial success of mainstream driven ‘Echo Park’ and the heartfelt mourning of Lee in Comfort of Sound securing the band as one of the greats. Yet, after initial support from the public and the press, Pushing The Senses saw the band lose themselves in an ether of naysayers who did nothing but compare them to Coldplay. The band then seemed to have dropped off the proverbial map altogether.

Back on the grid with a seventh record, Feeder’s new album initially began as an entirely different project. With new drummer Karl Brazil in tow, they began touring under the name Renegades, playing only newly penned songs with no pressure to play old Feeder material. A breath of fresh air for the band perhaps, but the cat was soon out of the bag and the trio reverted to their original name and released Renegades. After being accused of becoming little more than radio friendly unit shifters, Renegades was aimed to reassert Feeder’s position as a heavy rock outfit, fuelled by brash guitar riffs and what is generally referred to as ‘noize’, yes with a ‘z’.

Now, there is a lot of nostalgia attached to this release for me. When Echo Park came out, a wide-eyed and sprightly thirteen-year-old version of myself eagerly peered over the counter as the local record shop took my £9.99 in exchange for one of the first records I would purchase myself, and one of the records that would end my brief infatuation with chart-driven pop drivel. (A moment most likely inspired by the fact that a fortnight prior to this I had two records thrust into my hands, told to listen to music with real substance – Eels Beautiful Freak and rather stereotypically Nirvana’s Nevermind in case you wondered.)

Through rose-tinted glasses this statement may be, but Echo Park was an incredible record. Heading for the mainstream whilst dragging with it the dark and heavy elements from the previous two releases it was packed with catchy hooks. Feeder made the kind of melodic indie-rock that made all the other kids on the playing field jealous, blending slightly gritty anthemic stadium numbers with warm, soaring instrumentals.

Renegades does away with the mainstream references, the soaring orchestral instrumentals of the past and dives right back into those early grunge references. Stepping out without major label backing, the record undoubtedly declares Feeder as an uninhibited dirty rock band, but despite a re-ignited passion for the chaotic, the resulting record lacks directionality. This seems to partly stem from the split personality of Feeder and Renegades as a band. Which begs the question – why would you go back to a name which encompasses almost everything you are trying to distance yourself from?

Recognising their diminshed status in the world should give Feeder the freedom to experiment with this sound with a reduced risk of alienating fans of their softer side but somehow their exploration seems muted, tentative and tired. It was great when they did it in 1997, but its 2010 and stepping thirteen years back in time is hardly going to produce the most invigorating and interesting of albums.

Album opener ‘White Lines’, and following highlight ‘Call Out’ are punctuated by ferocious thrashing guitars, crashing symbols, infectious, gnarling distorted vocals and an unabated declaration from the band that they ‘are back’. Only they’re not, not really.

Nicholas’ vocals used to be howling, blistering and softly emotive almost simultaneously but Renegades sees his voice fall flat against the swirling pop-rock melodies and power chords repeated ad nauseum. The title track’s lacklustre lyrics accompanied by the inane pounding drums and echoes of Green Day only serve to exacerbate the situation. Unfortunately the ensuing eight tracks continue down this road, becoming stale and cliché – with perhaps the exception of the great little pop-punk number ‘City in a Rut.’

The three-piece hardly make any pretence of trend-setting with this record, but new explorations in an old sound need to be fresher and more thrilling than this. They seem to teeter around the edge of something great: Ultimately producing an accomplished, if rather formulaic, set of songs that require a greater attention span than even this once avid fan can muster.