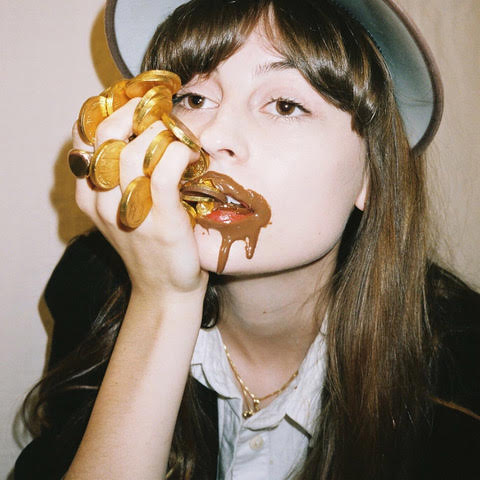 There are very few 21-year-olds with three studio albums under their belt. Faye Webster is one of these rare talents who has already built up an impressive catalogue of songs by the time most people are only just finding their own feet as an artist.

Since she released her straight-up country debut album Run And Tell back in 2013 (aged just 16), Webster has been moving towards a more contemporary and mainstream sound, and her third full-length, Atlanta Millionaires Club, is just short of a complete departure from her beginnings as a country artist.

While her sound and style may have developed radically in the years since her debut, you can still hear hints of Webster's country roots throughout Atlanta Millionaires Club, with its jangley guitars, warm keys and, most noticeably, it's heavy use of pedal steel. Although her latest effort is predominantly an indie record, it is by no means a typical one, featuring luscious instrumentals as well as idiosyncratic pepperings of jazz and hip-hop.

Album opener and lead single “Room Temperature” is a chilled and washed out number that sees lazy indie guitars meeting reverb laden pedal steel, resulting in a fun cut that would feel very at home on the Spongebob soundtrack.

Other standout tracks from the record include “Hurts Me Too” - a tender, waltzing ballad, decorated with broad string arrangements - and the jazzy R&B Tom Misch-like “Come To Atlanta”.

Webster's witty and playful lyricism remains this album’s greatest strength - with moments of humour like “Who says you can't get your hair cut / it looks good anyway / I wonder where you got it / and if you even paid” - yet she doesn't shy away from deeper and more personal lyricism. “Room Temperature” is an introspective self assessment (“Looks like I'm crying again over the same things / I wonder if anyone has ever cried for me”) while “What Used To Be” is more nostalgic and finds Webster reflecting on what she feels she is missing following a break up.

The album's centrepiece “Johnny” is undoubtedly its finest moment. This ingenious and acutely self aware piece of songwriting sees Webster’s meditations on loneliness and isolation (with lines like “My dog is my best friend / yet he doesn't even know what my name is”) slowly transform into a love song by the time it reaches the chorus: “This wasn't supposed to be a love song / but I guess it is now, isn't it?”.

Atlanta Millionaires Club ends with a deeply poetic spoken word reprise of “Johnny” that features Webster waxing lyrical over a relaxing jazz instrumental, rounding off an album that makes for pleasant easy listening, with frequent traces of genius.