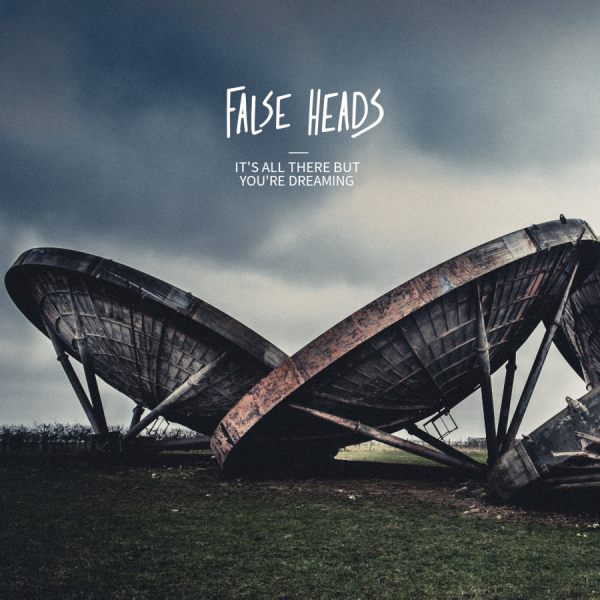 ​​Where punk once provided a voice for the marginalised, in this day and age those margins are getting wider, and the current social and political climate of the UK is providing the perfect breeding ground for a new generation.

Since their inception back in 2015, the London trio have established themselves as a mouthpiece for a disaffected generation; their uncompromising and idiosyncratic brand of garage punk, both anarchic and accessible, perfectly dissecting the increasingly chaotic world we live in.

The band’s debut, It’s All There But You're Dreaming, has been a long time in the making, though its release couldn’t feel more timely. Following a smattering of well-received EPs and singles, it’s 12 tracks of reckless riffing, chunky bass hooks and snarling snotty vocals that perfectly convey the contempt in which False Heads hold modern-day life.

A few tracks will be somewhat familiar to those who have followed the band since the early days; previous singles "Help Yourself", "Slew" and "Slease" all benefit from a production tart-up, the latter of which possessing more piss and vinegar than ever before. However, it’s the new offerings that provide the record’s most interesting facet. Opener "Whatever You Please" begins with a mournful lope, building towards an inevitable chaotic crescendo - it’s pure False Heads, just not as we know them. Elsewhere "Ink" is built around deep bass grooves that draw straight from ‘90s nu-metal, while "Comfort Consumption" is arguably the biggest surprise. Built around poppy melodies and almost-jangly guitars, it could be an early Ash B-side, sharing more in common with college rock than the punk of previous tracks.

A record that feels both timely and long overdue, It’s All There But You're Dreaming is the culmination of the last four years of False Heads. While that’s the case for most debut albums, it often leads to records feeling mismatched and disjointed. Here it’s nothing but cohesive, allowing for a record to feel both vital and considered. You need to hear this album.