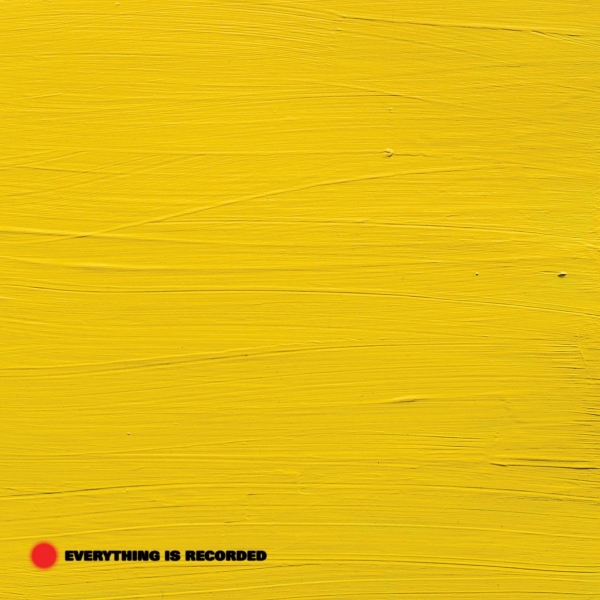 No matter how we feel about it, Everything Is Recorded. The day we are born, our names and dates of birth are written down forever, inscribed into history.

Nowadays this notion takes a more intrusive form; with the internet, smart phones and CCTV tracking our every move. This idea can be daunting, but Richard Russell takes a different viewpoint on his debut album Everything Is Recorded - a record steeped in positivity.

The opening track is a collage of sounds yet to be discovered, soundbites from the studio combined with exerts never meant for our ears; scattered shards picked from the cutting-room floor, stitched together with samples taken from the digital abyss, creating an atmospheric introduction for what lies ahead. This tense beginning is quickly defused by the delicate tones of Sampha and Curtis Mayfield on “Close But Not Quite” – a meeting of musical minds, two modest performers, divided by time but bound by their undeniable soul.

Russell’s self-titled debut continues with a flurry of friends, family and admirable artists that Russell clearly wanted to be involved; bringing together a wealth of established and upcoming new talent. Newcomer Obongjayar brings his spiritual swing to ‘She Said’, whilst Giggs adopts his no-nonsense roadman persona for the reggae infected ‘Wet Looking Road’. Drop Syd and Peter Gabriel into the mix and Russell’s wish list of collaborators is more or less fulfilled. Not one to leave his friends behind; Ibeyi, Kamasi Washington, Sampha and Wiki are brought along for the ride to – a roster of names that would make any producer weak at the knees.

Although he may be the keystone that holds this record together, Russell seems more comfortable behind the boards, letting the talents of his collaborators take centre stage. His tight, percussive productions lay the perfect foundations for the all-star cast to take flight, filling in the gaps with trickling melodies and expertly picked samples. Strip back the swirling electronics and pulsing beats from the album’s penultimate track “Be My Friend”, and a haunting gospel mantra is revealed – once again playing with the theme of past and present, cutting and pasting to create a collage of something completely new.

The album closes with the reoccurring voice of Sampha re-joining the fold, backed against sweeping strings and escalating piano stabs; Sampha’s lyrics bringing a fresh, more human perspective on the traces we leave on this world.

“Everything is recorded / nothing is distorted / deep beneath the surface / do you know what you are?”

This may sound judgemental or accusative, but just as the tension builds to an unfathomable peak, the strings break free and the true message of the song - and the whole album - prevails.

“Nothing here is distorted / you are beautiful just as you are”