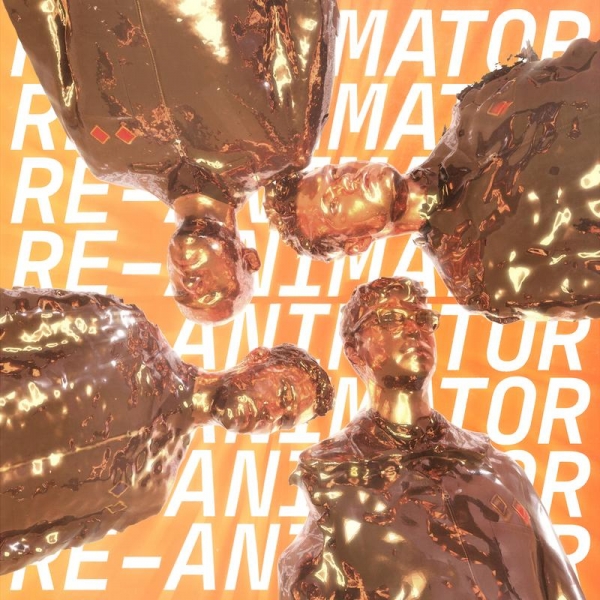 ​There are few groups that came out of the ‘10s with a back catalogue as solid as Everything Everything. In just 10 years the Mancunian quartet have released four beloved records lending them acclaim in both end-of-year band and album lists as well as two Mercury Prize nominations.

It’s an enviable legacy for any band but equally, it does come with its fair share of challenges. With repeated success comes expectation and a mounting pressure to deliver a product that is simultaneously evocative but also modern. It’s a tightrope to be sure but thankfully it’s one that the band walks candidly.

Re-animator is an Everything Everything record to its very core; richly textured harmonies are led in prim falsetto via Jonathan Higg’s intricately strung lyricism and cocooned in deceptively complex drum patterns, arpeggiating guitars and treacly synthesisers.

You’ll feel at home in its walls if you’ve had even a passing interest in the band across their decade spanning dance but it feels refined - stripped back in a way that has eluded their previous albums. As guitarist Alex Robertshaw puts it, “we really just started with chords and melody and built it up from the bare bones in that way. A lot of thought went in to every part of every song and how they interlink and shift between keys”.

It’s a wise creative choice for the band and it can be felt palpably across the record. It’s established as early as first track "Lost Powers", a track which runs the gamut of Everything Everything new, old and stylistic, working its way from pleasantly affected art pop to spacious stadium filler.

There’s a brooding quality to proceedings here and its perhaps Everything Everything’s most ominous sounding record as of yet. "Planets" is almost plaintive with its winding synthesiser loop and grand ballad stylings, whilst "In Birdsong" features the broad crescendos typically befitting an opera.

Praise must also be paid to "Arch Enemy", one of Everything Everything’s catchiest singles to date. A zone in which stabbing synthetic brass mingles with cloistered snare and hi-hats whilst Higgs’ word soup waltzes in the foreground with some truly excellent production work. "Black Hyena" also stands out with a discordant skeleton wrapped in muscles of pumping bass drums and gristly synth aggression.

In terms of its drawbacks, Re-animator doesn’t quite have the hit ratio of previous releases such as A Fever Dream or Get To Heaven and there are some tracks which unfortunately interrupt the pacing, namely "Moonlight" which lands just after the excellent "Planets" and feels disserviced as a result. Everything Everything are at their best when they’re at their more energetic and it does occasionally feel as though there is a deficieny in this regard.