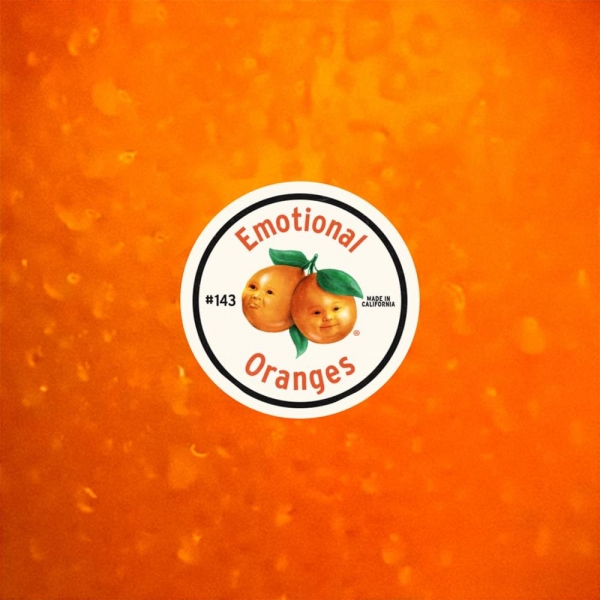 “If you just do TV or video then you become a tool of the record industry. All you’re doing is selling a product.”

This statement became a point of principal for Sade, with the elusive artist granting very few interviews to publicists during the release of her albums – leaving fans and critics alike to manufacture their own mythical versions of the singer’s identity.

It’s no mistake that the only account LA collective Emotional Oranges follow on Twitter is Sade’s, an act that also choose to prioritise experience over image. Since releasing their first single “Motion” in May of 2018, the group have been championed on both sides of the Atlantic, galvanising support from a superstar fanbase including Michelle Obama and Guy Fieri.

Their existence came into fruition when, allegedly, Adele's vocal coach and Drake's engineer met at a bat mitzvah in 2017 – two names which seem to have been deftly plucked from the pop culture canon. The test tube creation have kept their identities a mystery, instead building an aesthetic based on their music and vibrant R&B discography. The Juice: Vol 1 is the first full-length project from the formidable group, encased in a cracked veneer of glossy apricot tones.

Opening track “Motion”, Emotional Oranges' first foray onto the music scene, is a disco tinged number dripping with a luscious ‘70s aesthetic. Striking afros and sequinned jumpsuits make up the groups' ornamental beauty, ushering over their lover with sultry commands.

The project is a celebration of emotional candidness, with singles such as “Someone Else” and “Built That Way” opening up an honest discourse between two lovers. Light-hearted and playful at times, the two protagonists adroitly encapsulate our earliest memories of adolescent love and lust.

It dips into murky territories on tracks “Personal” and “Unless You're Drowning” – one of the only two unreleased songs from the record. Now, the persona is a distant jilted ex, putting up a façade of disinterest: “It’s cool, I don’t care about you”. This declaration feels insincere, the chilly apathy at odds with the tender candour on previous singles.

Sonically, the group are heavily influenced by decade-defining albums such as Erykah Badu's Mama's Gun and The Miseducation of Lauryn Hill. This ‘90s R&B aesthetic is glaringly apparent in “Good To Me”, a pastiche of Christina Aguilera's “What A Girl Wants” - its chocolatey runs and break-beat drum patterns a flavourful scoop of retro rhythms and funk-filled guitar melodies.

“Corners Of My Mind”, one of the strongest tracks here, ripples with melodic precision and swathes of dreamy strings, closing the project with an ode to our first brushes of love and loss. The group are a product of the internet and despite the vintage soundscape; their astute observations on relationships are very much intertwined with an online era of romantic connections.