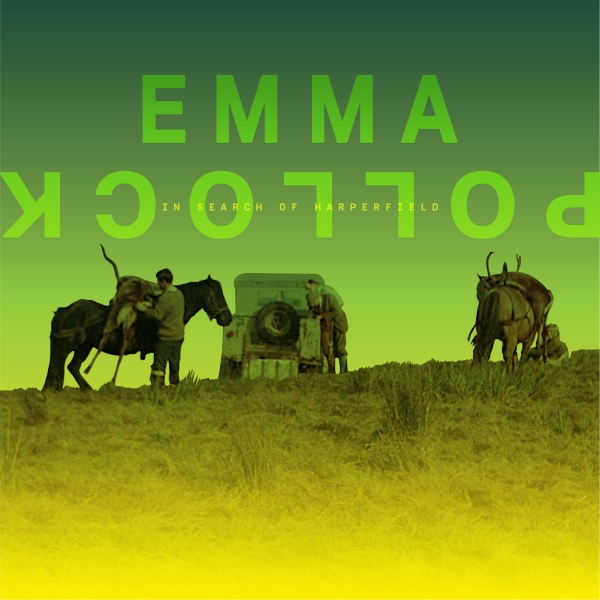 When Emma Pollock sinks her teeth into a theme, she explores its every facet. On In Search of Harperfield, her third solo foray into orchestral pop, the former Delgados singer uses her lavish voice and sharp wit to carve finer details into her family tree.

"Harperfield" is a reference to Pollock's childhood home, which acts as a physical shell for the themes encased within the album. On Harperfield, Pollock explores the before and after of a family, sketching out the lives of parents Guy and Kathleen Pollock before her birth and hashing out the bitter details of Emma's succession to the role of caretaker as their health declined.

One can't help but draw a parallel to another recent example of lineage-tracing lyricism: Sufjan Stevens' Carrie & Lowell. But where Stevens faced his youth and those who shaped it with a languid, dreamlike melancholy, Pollock faces hers with a more lucid portrayal. As she admonishes her child self for reactionary lashes of yore, her vivid recollection begets the biting pang of a fresher wound.

Harperfield shines brightest when Pollock allows big emotion to weigh her tempo down. As "Intermission" somberly ushers in the album's second act, Pollock excludes loftier orchestration for starkly minimalist instrumentation. Fueled solely by strings and voice, it's here that Pollock's grand design takes its biggest leap, fleshing out the duality of her role as grown child turned caretaker.

Harperfield speaks to several familiar themes of familial distance and regret, but curtain call ballad "Old Ghosts" cuts with an especially hot knife. During the album's somber conclusion, Pollock tears apart the aloofness of human nature and the myriad excuses we come up with to distance ourselves from the ones we love, completely blind to the inevitable truth of their eventual expulsion from our lives.