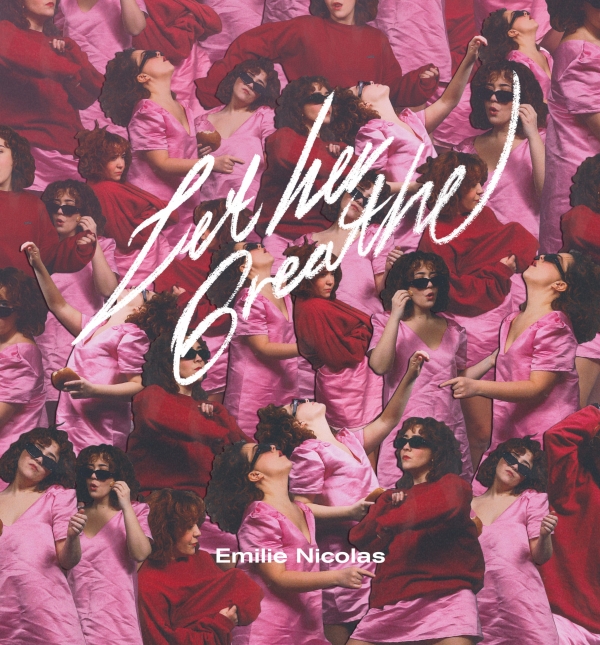 While many things are evident on listening to this latest album from Emilie Nicolas, it’s clear that succumbing to pressure is not one of them.

Let Her Breathe is the third studio album from the Norwegian songwriter, and with both her 2014 debut Like I’m A Warrior and 2018’s Tranquille Emilie delivering Spellmannpris top album awards for the Oslo native, the anticipation for this current offering was high.

And so, without missing a beat, Nicolas delivers another striking collection of songs that hit home in more ways than one. Created throughout 2019 and early 2020, Let Her Breathe was recorded above a nightclub in Oslo. Recalling tales of love and fear and doubt, Let Her Breathe fluctuates between fierce confidence and crushing uncertainty; bringing together deeply personal stories that see Nicolas focus on her flaws, struggle with acceptance and beg simple answers to complex questions.

Citing fellow Scandinavian Robyn and Afro-fusion artist Burna Boy as influences for this album, the melding of these beat and bass heavy sounds works a treat. There are moments which are unashamedly explicit, as we have come to expect from Nicolas, detailed on "If I Call" and "Teddybear", coupled with moments of emotional intensity, on tracks such as "Tsunami" and "No Humans", alongside some gentler, more melodic moments, with the stripped back "Open" providing the strongest link to Nicolas’ earlier work.

The melancholic "Oh Love" captures a major theme of this album, namely the turbulence that arises between elation and desperation, as Nicolas sings “from sky to hell without no sense”. Similarly, the contrast between the minimalistic sounds on "Bye" and the skitting, bouncing energy on "To The Moon" confirm that this is a theme that is not so much delicately woven throughout this album, but rather forced home with deliberate, agonising intent.

The experience of Nicolas being diagnosed with a brain tumour shortly after recording Like I’m A Warrior surely goes someway towards explaining this. “In the beginning, they didn't know if I would speak after the surgery,” she recalls with a shudder. “So the feeling of getting into my new voice was fantastic.” Appropriately then, the album finishes on a high, with "First Love Song" hinting towards a place of growth, acceptance and contentment, and "No Humans" providing a glimpse of what the future might hold.

Describing some of the process behind writing the album, Nicolas comments that “to go out of my comfort zone a bit has been really good. It's been a really good exercise for me to be more involved in the decision making. Before this, I'd been really listening to what other people said, and so I’d never been in charge of the finished result of a song. It's a great thing to trust your own ears.”

Overall, Let Her Breathe comprises a meandering collection of songs; a dramatic soundscape without need for explosions or unnecessary flourishes, relying instead on smooth transitions and subtle layering for drama. It is not necessarily an easy listen, but it sure is a rewarding, triumphant, and undeniably powerful, one.