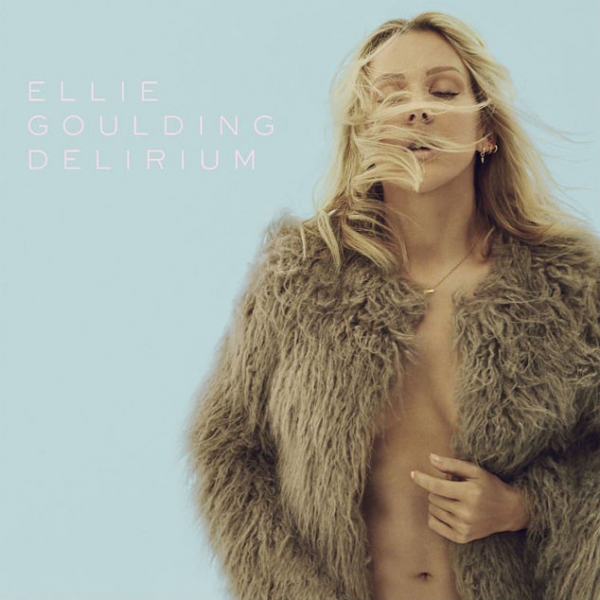 With her 2010 debut Lights, Ellie Goulding instantly asserted herself as a solid mainstream artist while managing to retain a somewhat independent spirit. Despite having the backing of Polydor, it was a record that bristled with moody atmospherics not often seen in the Top 40.

Perhaps it was something to do with the guitar-based beginnings of the album's material, or the fact Goulding was barely out of her teens when it was written. Either way, the raw emotion it harbours, coupled with its almost-mercurial production made for a pop album with bite, something both 2012's Halcyon and latest album Delirium forgo in favour of more commercially-driven compositions.

That doesn't mean to say Goulding has lost her independent fire entirely. "Keep On Dancin''' for instance, throbs with a dark, tribal-like atmosphere; built around understated bass, off-kilter rhythms and Goulding's impressive vocal range, it's an early highlight and one which makes following track, the ironically forgettable lead single "On My Mind", seem more sub-standard than it is. It also highlights what is arguably the single issue Delirium as a whole suffers from.

Much like on the two records that precede it, there's a duality within Goulding at play here. There's the stadium-sized choruses and electronic pop sensibility – the side of her that appears to take number one albums and sold out tours in her stride. Then there's her darker side; a far cry from the pop glitz it counterbalances, these heavier, temperamental moments provide a perfect milieu for Goulding's familiar intimacy and insecurity to manifest, whilst making for the more memorable tracks on offer.

When this dichotomy works, it works brilliantly and the record shines, such as on the exquisite "Don't Panic" or triumphant opener "Aftertaste". But just as often, the fraught emotion of Goulding's lyricism feels at odds with the chart-aimed electronica of the choruses of tracks like "Something In The Way You Move". As always however, it's Goulding's vocal range and lyricism which make the stand out moments come off as nothing short of pop perfection. "Army" for instance, is a prime example of her ability to combine instantly relatable emotions with understated yet rousing production. Never once overshadowing the vocals, which without the overbearing club beats, soar, it's moments like this which make Delirium feel both like Goulding's most complex record to date, but paradoxically the poppiest too.

“It can be describing a really happy, crazy state, or it can be the complete opposite. I’m constantly in a state of delirium,” she says of the record's name, but whilst it might well refer to the whirlwind few years Goulding has experienced since her debut, it also defines the record itself, and the deft balancing of upbeat floor-fillers and the refined pop that's saved for the albums latter half.

It's here where Delirium, and indeed Goulding herself, come in to their own. Penultimate track "Devotion" could be a lost track by The Postal Service, whilst the aforementioned "Army" isn't far off Tilly and the Wall. Whether these are intentional influences or happy coincidences doesn't matter, but it's interesting to see an indie-pop aesthetic hinted at on earlier albums being brought to the fore on what's arguably her most commercially-minded and electronically-driven record to date.

With such emphasis Delirium's pop elements, it's worth noting that such a decision for it to sound how it does was made by Goulding herself, and not the fatcats at Polydor. With that in mind, Delirium is a massive success and still remains the product of Goulding and her team of producers, rather than the major label behind them. As such, it retains a surprising amount of individuality for an album almost certainly destined for the top of the charts. And, though it might well feel a little samey in it's early stages, the final half more than makes up for it.