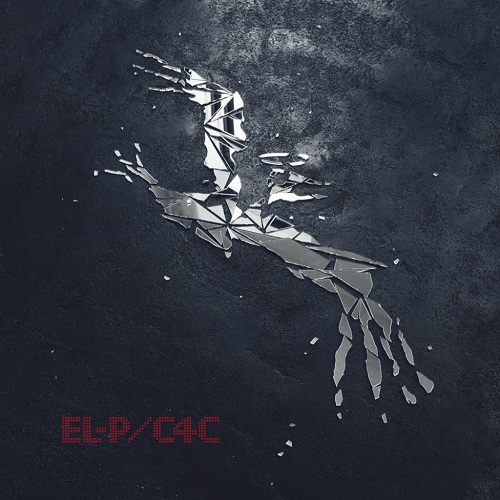 “I just ended up making a joint about how I saw reality. It was also on some ‘I’m back, motherfuckers’ shit. I just wanted people to know I’m coming out swinging.”

“In my head, the record is about dealing with the idea that you are the problem and everything else isn’t. That’s the ‘Cancer for Cure’  All the mechanisms and manifestations of that line of thought are in all the shit that’s going on right now. This is a fight record. Like, ‘Goddamn it. Enough is fuckin’ enough.’”

Both of those quotes (from two different interviews) come from our hero El-P talking about his new record, Cancer for Cure. The first is him describing the lead single ‘The Full Retard’, and the second is his view of the album as a whole. And, boy, is this ever a fight record. There’s a story-song from the point of view of a soldier who kills another in battle and has to deal with the after-effects (‘Tougher Colder Killer’); a story-song about El-Producto hearing an argument in the apartment above his that leads to murder, the actions of which he’ll never reveal to police (‘For My Upstairs Neighbor’); and a song that simply says to the world “I’ve seen and handled all the shit you could possibly throw at me. What else ya got?” (‘$4 Vic’). This doesn’t even count the aforementioned ‘Retard.’

And come out swinging he certainly does. Opener ‘Request Denied’ finds the master producer/rapper in fine form over a 90-second verse. Being that it’s an El-P song, though, he baits you first with a three-minute, high-octane rave attack complete with strobe light synths. You the listener must wait for him to appear, in the much the say way prize fighters have entrance music before they get into the ring. And when he finally does emerge to the mic, he stands atop a mountain, challenging the world before him to a fistfight.

But given who’s speaking, it isn’t a simple “Come at me, bro”. El-P, much like his former labelmate Aesop Rock, has a penchant for the verbose and lyrically dense. So when he challenges, he does it his own way. That is to say, ‘Request Denied’ is basically El summing up his life as a kid in New York, living it up as a spray tagging, school-skipping skater who enjoyed watching and listening to his father play the piano. Or as he puts it, he’s a “garbage pail kid” who “sat at piano, lap of my father/Watching him talk harmonic”. And he’s telling you all of this because, well, he never gives up. Even after his father left, he still felt (and I imagine, given this record’s content, feels) unbreakable – kinda like those “The Few, the Proud, the Marines” ads, but without all the jingoism.

While El-P has kept such defiance up throughout a record – both lyrically and sonically – before, it’s still impressive to watch him do it over the course of these 50 minutes. It’s even awe-inspiring when the fictitious enemy becomes real: ‘Drones Over BKLYN,’ for example, is apparently about a “fever dream” El-P had about there being actual drones flying overhead in his home city, only to find out months later that law enforcement actually started using them. So, of course, he opens with the tongue-twisting, G.W. Hegel-dense lines describing the situation: “You better stay aloof when the troops move or suicide booths sooth/The who’s who of looters shoot, the bullets go ‘zoom zoom’/Your pain is the porn pal, they pay to pop plain shit/It’s faded, it’s more foul than famous – it’s hot sin”.

El-P’s also aims the “me against the world” theme at himself. Featuring a pulsing, paranoia-inducing beat, ‘The Jig is Up’ finds him smearing self-doubt all over his thoughts as to why a girl is with him (because “it couldn’t be out of love”): “As for that shed of tools we spoke about/I doubt that I’m the sharpest one/The manuals I come with clearly read, ‘I cut’/So you’re not fooling anybody”. Elsewhere, ‘Works Every Time’ rides a coming-and-going sonic collage forcing you to wonder if what you heard was actually what you heard – much like El-P’s discussion in the song about trying to escape reality by any means, even sniffing glue.

Hobbes famously wrote that without “a common power to keep in awe” life would become, as a result of perpetual war, “solitary, poor, nasty, brutish, and short”. I can’t help but feel that over the course of his three solo records, El-P has come under such a perspective, at least to a degree. This is especially so on Cancer for Cure. Hell, the title alone is confrontational; never mind the production or lyrics. On 2007’s I’ll Sleep When You’re Dead El-P (humorously) complained, “I’m not depressed, man, I’m just a fucking New Yorker/Who knows that sittin’ in traffic with these bastards is torture”. I don’t feel that same cynical sense of humor on Cure. It’s just anger, but it’s not anger for anger’s sake. Between I’ll Sleep and Cancer for Cure, El-Producto lost one of his best friends, sorta put his beloved label Definitive-Jux on hiatus, and, oh yeah, his home country continues to become more partisan with every election cycle. But, as he put it in the interview quoted above, “the album process started out with a tragedy, and I ended up with a record about wanting to live”. So, perhaps “angry” is not the best word here. El-P is angry, to be sure, but it’s rooted in a will to survive. So maybe El-P does agree with Hobbes. The difference is that to El-P, them’s fightin’ words.