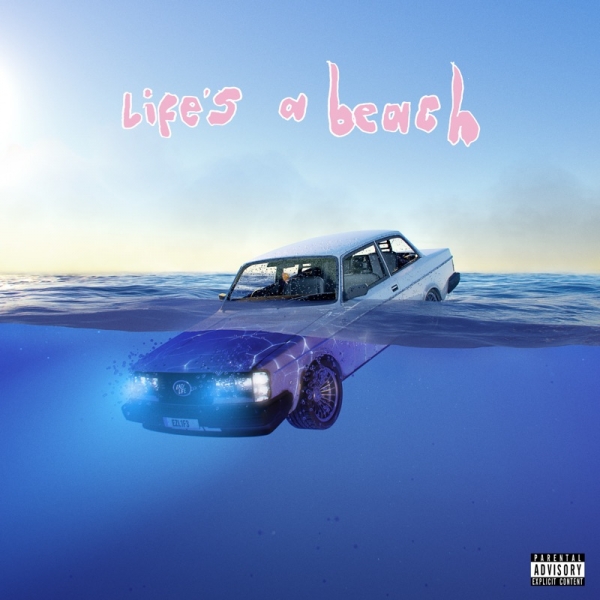 Since the success of their January 2020 mixtape Junk Food, Easy Life have been quietly working away on their debut album. In doing so, the Leicester-based five-piece, headed up by frontman Murray Mutravers, have perfected their unique knack for fun, clever, and playful lyrics over their unmistakable signature production style.

Life’s A Beach is a journey through Easy Life’s ever-evolving style. It's the product of a band that know themselves in and out - fearless in venturing to new places with their art. Nodding to their previous work on tracks like “daydreams” and exploring new and exciting places on the infectious “skeletons”, Easy Life are happy to migrate across styles because no matter where they go, the sound remains classically them.

Speaking of the elemental; Easy Life's vocal styling they've mastered is somewhat iconic by now. The everyman perspective of the untrained vocalist drifting through rap, spoken word and singing sets it apart drastically from the often relied upon processed alternative, and across the album Mutravers maintains a relatable and approachable persona which is impossible to not be endeared by.

Lyrically, Life’s A Beach is also something to admire. Taking the objectively mundane and spinning it into the poetic with comedic flair is no easy feat, and yet Mutravers makes it seem natural. Peaking on apt closer “music to walk home to” - a journey home from a night out delivered as an entirely spoken-word poem. Mutravers’ choice words are perfect even when they jump from subject to subject (“a vampire vacuuming up every last drop of my enthusiasm until I’m nothing but a sorry little raisin / bananas and raisins / I sure hope I have toast at home”) and rarely faltering when doing so.

Even tackling depressive and dark topics (“living strange”), the band sticks strong to their cheeky cheerful music which effortlessly balances the track to make the heft more digestible. Similarly, they take the opportunity to relax the vibe when the lyrics aren’t as heavy – like on “compliments” or “ocean view”. The subtleties written into the albums DNA make all the difference (with the mention of the albums title in so many of the lyrics acting as unifying sentiment), almost to a faultless degree.