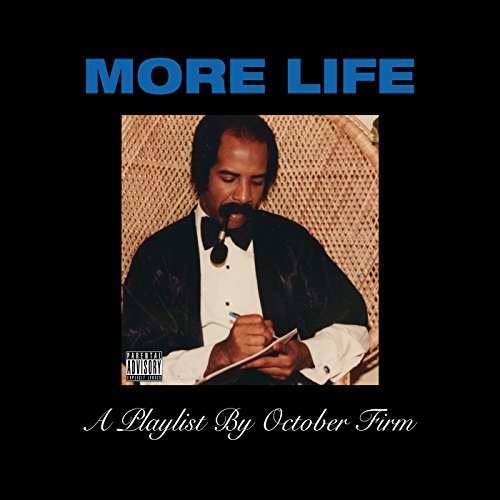 The fact that More Life has been marketed as a playlist, not an album, says plenty about the challenge of appreciating Drake.

While his fans see him as a musical auteur in the mould of Marvin Gaye or Kanye West, there is another group left completely unimpressed. To them, his output often appears cold, synthetic and superficial, and its ubiquity suggests a potentially decisive commitment to commercial success over substantive creativity.

While More Life does not really settle this either way, it presents an artist full of enthusiasm for international musical tropes, and one who can still hit marks when he's only really half-trying.

“No Long Talk” is an grimey song featuring Londoner, Giggs, which displays the best side of this. It matches ghost-train synths with crunchy beats and humorous bars; the interplay between the two lyricists is enormously engaging.

There is also South African EDM on “Get it Together” and “Madiba Riddim”. This latter track is a particularly fine cut, featuring sunny guitar licks that hover around an evasive tonality. Drake is probably at his best here, with auto-tune being used sparingly on a vocal melody that fugues on a rapid, simple descending motif. Hypnotic.

But there are too many arrestingly tedious songs on More Life. “Nothings Into Something” is a dirgy slow-jam which doubles down on basic 808 loops and incidental chords. The song actually sounds plain unfinished, and probably has only been released to get the track-listing up.

"KMT" is another offender, once again using Giggs but lacking in conviction. The production takes us down an off-the-shelf trap route when a further exploration of grime would have been far more challenging.

Used tastefully, auto-tune is a thrilling and creative adornment to a vocal, but too often on More Life, it is used as a proxy for an actual hook.