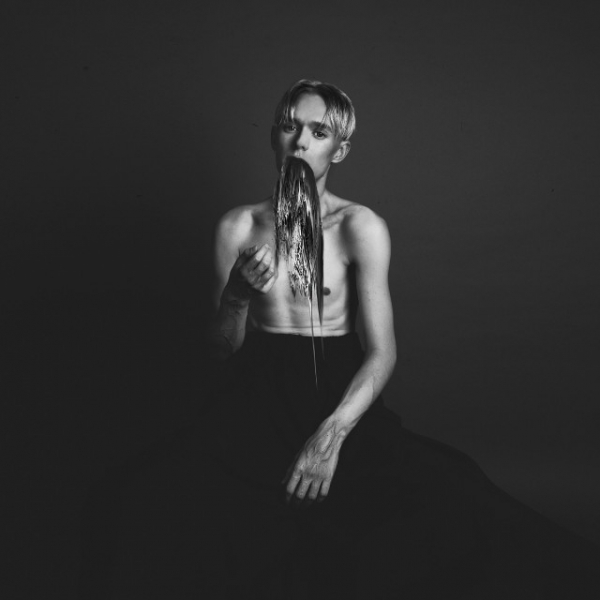 Douglas Dare’s music is solitary, passionate and moving. In the stories he tells, the melodies he sings and the conviction he sings them with.

The Seven Hours EP in 2013, as well as 2014's Whelm were both relatively stripped back when it came to arrangements, with little more than a piano for company in most tracks. Tracks such as "Scars", "Caroline" and "Nile" showed off Dare’s ability not just as a songwriter but as a unique vocal talent. Somewhat operatic, but mid-ranged and precise. Dare picks notes with care, rarely over-complicates with lavish harmonies or distorted vocoder (we still love you though, Justin), and instead provides a vocal that’s disarmingly pure.

With these tools, Whelm cut through the alternative output of 2014 like a knife. So it is with much expectation that Aforger is released, once again on Erased Tapes. Fortunately for the listener, it copes with the weight of expectation beautifully.

The most immediate difference is the production, which sees the piano shifted from the heavy lifting musical accomplice to one part of a more complex yet uncluttered arrangement. "Doublethink", for instance, features crushed piano chords rather than his traditional scrolling melodies, alongside rattling percussion and arpeggiated guitar filling space which would have been keys before. It lends the track a moodier backdrop, which fits with the record's themes of paternal and romantic heartbreak that are laid achingly bare.

Despite this enriched production, Aforger still sounds distinctly Dare. "The Edge" sounds no less haunting than when it made its debut in an Erased Tapes compilation last New Year’s Day - unveiling a rare occasion where Dare has treated his sparse vocals, giving them a lo-fi rasp and accompanied with an equally remote and ghostly choir. The result is appropriately harrowing.

There are many highlights, to the point where it's evident this is just an exceptionally consistent record. “Venus” is somewhat reminiscent of Radiohead's "Videotape"; not of huge surprise considering Dare is a self-confessed fan, who also happens to be making some of the most beautifully crafted melancholy since the golden era of Radiohead's grief (~'97-'03)."Stranger" is backed by a brass-only arrangement that takes the potential heard on the close of Whelm's "London's Rose" and gives it a whole song to flesh out. "New York" has been performed live for a couple of years. At the time, the track's hearty swagger signalled exciting potential for a new record… and that promise has held true. If Douglas Dare was hotly tipped before, Aforger makes him essential listening.