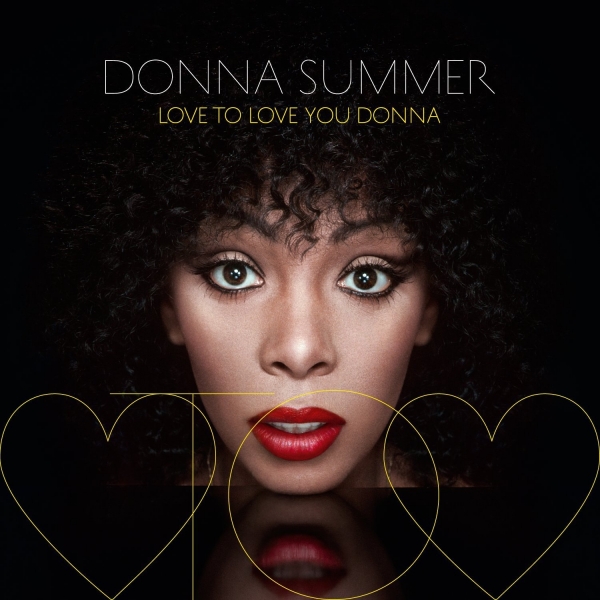 When one thinks of Donna, one must also think of Giorgio. Thanks to a couple of French helmets, Giorgio Moroder’s stock is as high as it’s ever been. As his muse, a similar re-appraisal of Donna Summer’s music would surely have occurred, the possibility of which was sadly ended by her untimely death in May 2012. This is the driving factor for this collection of new remixes of some of her finest singles and album tracks, but despite it being hard to keep a good song down, content wise, it’s hard to love Love to Love You Donna with some of the remixes included.

Moroder himself starts the collection with a beaty electro mix of ‘Love To Love You Baby’. With a dubstep tweak and a sample of the riff from ‘I Feel Love’, it’s functional stuff, but sounds like it was hot track back in 2007. Also suffering from musical déjà vu: legendary producer Frankie Knuckles’ mix of ‘Hot Stuff’ and Duke Damont’s version of ‘Dim The Lights’ are stuck in some kind of cheesy diva time warp – these mixes could have come from any year of the ‘90s.

There are two attempts at remixing ‘I Feel Love’, both superfluous entries to its gigantic legacy. Dutch pop trance cheese peddler Afrojack thankfully keeps clear of the elements that make his music so disposable and sticks pretty true to the original; in fact, it’s not much more than making the kick drum harder and making that riff more jagged sounding. Dubstep producer Benga also has a go, but it results in little more than some speed garage throwback.

For a genre of music where the main element was fun, it’s a pretty dour affair. This makes Canadian electro act Chromeo’s mix of ‘Love is in Control’ such a joy; it’s camp, silly, bouncy and sounds like 5 Star with additional synths. Hot Chip also dig deep into the essence of disco, their bleepy mix of ‘Sunset People’ fusing 80s synth pop with late ‘80’s house music. Like all classic disco tracks, they spend the first three minutes using Donna only sparingly, whilst building the track, then let rip with one of Summer’s most erotic croons. It’s a master class in remixing.

Another highlight is an unreleased track; a collaboration with Moroder in what was to be one of her final recordings, ‘La Loca Vita’ evokes memories of Bianca on white horses and huge mirror balls, the chukachuka sounds of the guitar and vocodered vocals sounding like another collaboration between Nile Rogers and Daft Punk, and although her vocals sound a little weary, it’s a classy track full of elation.

Laidback Luke is given the tough job of modernising her tragi-disco suite ‘Macarthur Park’, and makes a total hash of it. Indicative of everything that’s wrong with the ‘EDM’ genre, he takes a stupid electro beat and transforms the original riff into a trance line in possibly the most atrocious remix ever made, reaching out for all lowest common denominators.

Just as we found with the reworking of Daft Punk’s Tron soundtrack, major label remix albums tend to be a missed opportunity. There are so many house producers out there making their own rendition of disco, from Kraak & Smaak in the Netherlands, Aeroplane in Belgium to Glaswegian disco/house twistologist The Revenge who would nave suited this compilation better. Even relatively cross over acts such as Totally Enormous Extinct Dinosaurs or Azari & III could have been given a look in, but unfortunately these acts, no matter how great, don’t shift enough units, hence the job goes to acts bigger artists, the majority of whom have failed to deliver the goods.

Donna deserves more than this – don’t remember her this way