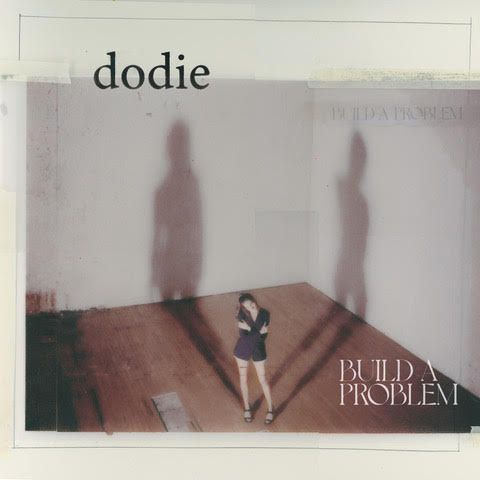 Though Build A Problem is Dodie’s debut record, it’s far from an introduction. At this point English singer/songwriter Dodie Clark has been releasing music for over a decade via her YouTube channel and has three successful EPs under her belt - all without having released a full-length studio album.

Though Dodie’s distinctive fragile alt pop stylings are undoubtedly familiar at this point, the album is an invitation into Dodie’s world at its most rocky and volatile - exploring some of her most desolate lows and fully realized highs.

The uncommon openness and intimacy she cultivates has long been a defining feature of her online presence and that element is all the more present in her music. The dodie style of plaintive lyrics, whispered vocals, and willowy instrumentation could easily come off as a mere affectation but there’s no sign of falsity in Build A Problem. In fact, there’s an almost voyeuristic undertone to the record as it follows through dodie’s innermost searching moments, almost as if the listener is reading diary confessions or listening in on a therapy session. "I think I was going through a crisis actually,” she confesses of the two year span it was written in. “So I think it’s quite unstable of an album - but it’s definitely honest."

Most often, the record’s lens is stormy, exploring insular narratives of heartbreak, self-worth, sexuality, and longing. The record rarely steps out of dodie’s point of view, giving a window to her thoughts through half-hearted trysts (“I Kissed Someone (It Wasn’t You)”), rocky passive-aggressive fights (“Hate Myself”), and missed chances for love (“When”). In these intimate narratives dodie’s writing truly shines as a venue for self-reflection, poring over the complexities of her innermost confessions and fears.

Yet these reflections also bring to light the occasional simple joy - small, easily missed moments that color songs like “Rainbow” and “Air So Sweet.” These moments bring needed levity to the record, finding space for barefoot dancing and a loving community amidst the problems being built. Put simply, dodie’s debut is one of unbridled emotion, for better or worse, putting every feeling forward with immense engrossing drama.

Just as the writing at the core of the record rides the balance between grandiose and intimate, so does the instrumentation. Make no mistake, this is a big studio record and dodie isn’t afraid to bring that pedigree to the forefront. Flourishing string sections bring new drama and full-bodied presence to her typically sparse arrangements on tracks like “Sorry” and “Special Girl.” Meanwhile, the record’s standout singles “Hate Myself” and “Cool Girl” see dodie stray closer than ever to pop brilliance, crafting tracks replete with thumping percussion and towering hooks.

Yet running alongside - and even within the same tracks - is a sense of startling intimacy. The detailed production courtesy of Joe Rubel delivers every bit of tapped percussion, feather-soft strumming, and cracked vocals with an unrelenting sensation of hyper-closeness. It’s almost disconcerting initially, but it perfectly melds with dodie’s trademark style on sparse ballads like “Four Tequilas Down” and “I Kissed Someone (It Wasn’t You).”

All these conflicting styles and tones come together for a record that looks to capture dodie as a person and a musician. Build A Problem indeed finds dodie at her most open and fully realised, building an inward world of startling beauty for longtime fans and newcomers alike to explore. It looks at dodie from every angle, finding her at her most broken, joyous, angry and reflective, among instrumentals that capture the same conflicting pulls. Where Build A Problem succeeds most is translating these struggles into towering drama, making music to listen to closely, feel deeply, and champion loudly.