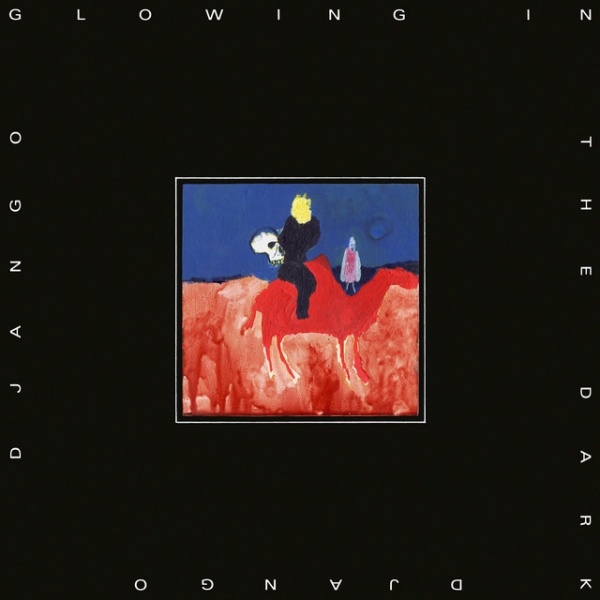 Almost a decade on from delivering their self-titled surge onto the burgeoning indie-electro scene of post noughties Britain, Django Django find themselves set to release their fourth studio record. And by now, they certainly know the score. A penchant for fusing guitar fuelled disco with wide-ranging extraneous influences is a thoroughfare across their diverse discography. And it’s this dancefloor ready and guileful sound that has proved a hit across indie club nights, festivals and university digs. However, it’s not always been plain sailing. Between the difficulty of living up to such a well-regarded debut, a few career missteps and dealing with an ever-shifting cultural milieu, we find a band ready to set the record straight.

Django Django have always felt like a band on the verge of producing something iconic. But as even the band admit, their constant shape-shifting sonic identity, oftentimes within a singular track, has sometimes left them somewhat adrift. Thus far, Glowing In The Dark has seemingly trodden a more singular path. Gesturing towards increasingly pop and electronic sensibilities, as it’s single releases taken from the album precede remixed versions from well-regarded names in the dance and electronic world. And similarly, the album’s title track also seems to signal a more singular sonic approach. With guitars left unemployed, the band’s signature culture clash sound becomes consigned by chest crunching kick drums, sweeping synthesisers and catchy vocal refrains. "Hold Fast" follows the same blueprint as icy fresh arpeggios form around even bigger floor drums. While guitars re-enter the fray alongside Vincent Neff’s Celtic-tinged falsetto, which taken as a whole sounds clunkily like Tame Impala remixing the Proclaimers.

True to form, the rest of the album produces a smorgasbord of diverse genre allusions. While ‘Spirals’ exhibits the band back to their debut best as they reinhabit their unique sound and create head spinning momentum by uncoiling infectious guitar melodies, against snowballing tempos and undeniable choruses. Elsewhere, "Waking Up" deploys Charlotte Gainsbourg to augment an already freewheeling, 1960s acid-psych imprint like Jefferson Airplane meets T Rex. Whilst "Kick The Devil Out" might as well don a parka and Adidas trainers, as it couldn’t be more Madchester. Between its baggy guitars, soul soaked backing vocal and bouncy basslines, it might as well be The Stone Roses’ third (or fourth if you count those singles) coming.

Django Django are clearly a band with a lot of ideas. And across their career they’ve always seemingly been comfortable adopting a kitchen sink approach to their music. While this release does almost (see "Asking For More" and "The World Will Turn") avoid the indulgent trappings of previous releases, and despite their new-found grown up vigour, it somehow still feels like more of the same. While there are moments of significant note here, Glowing In The Dark as a whole doesn’t feel, or more importantly sound, like the album that will finally solidify the band in delivering what is their true potential.