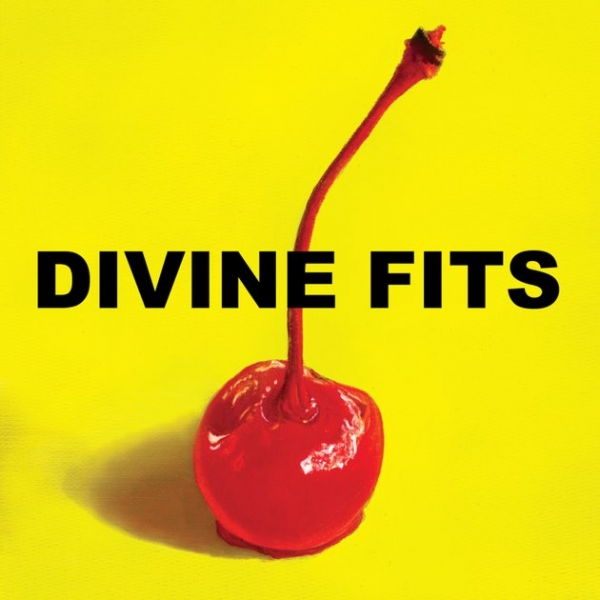 Whatever you do, don’t call it a you-know-what, lest you feel the wrath of Dan Boeckner. Following a meeting after a Handsome Furs gig, Spoon’s Britt Daniel joked to Boeckner that as Wolf Parade (Boeckner’s principal project)’s future was uncertain the two men should form a band. Boeckner leapt at the opportunity and once Sam Brown (best known for his work on drums with New Bomb Turks) and Alex Fischel (keys) came on board, Divine Fits was born. An album A Thing Called Divine Fits swiftly followed and far from it being a minor distraction or a vanity project, you’re left wondering why these two have never thought of working together before.

It seems so obvious now: both men tightly wound and prone to bouts of yelping when the mood takes, and both passionate in their belief in rock and roll. Yet it still appears slightly indulgent on Daniel’s part; with Spoon he’s released a series of completely brilliant, faultless records since 2002’s Kill the Moonlight, culminating in the taut and swaggering Transference, so why bother? Boeckner, on the other hand, seems to need Divine Fits right now. With Wolf Parade on one of those indefinite hiatuses that look permanent, and after calling time on Handsome Furs (the duo formed with wife Alexei Perry), Boeckner has channelled all his passion and ability into this new act – and boy does it show. He’s the star turn on A Thing Called Divine Fits, and that’s saying something when he’s up against a creative genius like Britt Daniel. The minimalist new wave pulse of ‘My Love Is Real’ sets the tone from the off, with Boeckner intoning sinisterly that “my love is real/Until it stops”, a tense atmosphere only heightened by mentions of Russian futurist poet Vladimir Mayakovsky, who shot himself, and Roman Polanski’s Knife In The Water. The sexual tension created by Boeckner is hardly alleviated in his next sung track, the blistering rocker ‘What Gets You Alone’, which sounds as if Britt Daniel updated ‘Trouble Comes Running’ from Transference just so that the former could sing over it: “I’ll never never ever know/What gets you alone” and then, later: “my heart’s a mess”.

The metallic and chilly synth banger ‘The Salton Sea’ is a real pleasure, and an example of how the album seems to have come so easily and naturally together; the voices of Boeckner and Daniel meld over electro beats that reflect both men’s other bands, before ‘Baby Got Worse’ finds Boeckner back in the edgy and frenetic territory of Wolf Parade. All this and I’ve not even really touched on Daniel’s contribution to the record. No surprise to learn it’s wonderful: we first get ‘Flaggin A Ride’, an edgy and funky number, complete with classic pared-down Daniel production and delivery (although really, credit goes to the producer on A Thing Called Divine Fits: long time Nick Cave cohort Nick Launay) and lyrics that seem to be a nod towards the creation of the band: ”I’m just trying to find my own way/I gotta feeling that you can relate”. Perhaps Daniel is also at something of a career crossroads, despite his prolific nature and relative success critically and commercially, or maybe he’s just happy to have found an outlet for songs that might not be suitable for Spoon.

‘Would That Not Be Nice’ is another excellent Daniel track, bass-heavy and delayed vocals, with a satisfying crunch of guitars for good measure, and ‘Like Ice Cream’ keeps a consistent tone and groove that fits with all his other tracks. The biggest surprise is the cover of ‘Shivers’, the Boys Next Door track, (suggesting that Launay’s influence went so far as to suggest the band cover Cave). It’s pitch-perfect and doesn’t seem out of place amongst the newly-written tracks. The visceral lyrics might have been done more justice by having Boeckner, not Daniel, sing them, but that’s the only criticism I’m going to aim at this record.

When a collaboration ends up sounding as good as A Thing Called Divine Fits then it doesn’t deserve the status of an occasional side-project, or a delightful one-off. Divine Fits have arrived fully formed, with verve, passion and a style that’s their own. We really need to hear more of this stuff and with talk that it’s likely to be an ongoing project it’s exciting to think just how good this band could end up being.