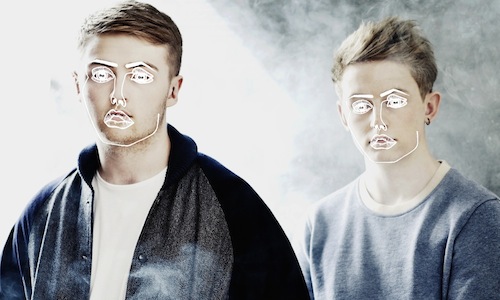 Full Disclosure: I’ve been eagerly anticipating Settle since this duo’s debut single landed on my literal doormat. Two point five years ago ‘Offline Dexterity’ tickled soles and souls the world over, but now the two precocious (well, borderline, they’re 19 and 21) brothers from Reigate have a lot of hype to live up to.

This debut full-length is preceded by ‘Carnival/I Love….That You Know’, ‘Tenderly/Flow’ and more latterly a few of Settle‘s own big hitters. But to its credit, in an age where cleverly orchestrated PR drip-feeds can inure people to the impact of a proper release, this album still feels like a natural maturation.

Over 14 tracks, Disclosure and friends (a dream-team ‘featuring’ list of the young and beautiful of the deep house/R ‘n B scene) insightfully build upon the kinetic electro that typified their early material. Without a volte face - this is still the Disclosure you might know and love – those over-eager samples and manic hooks have now been replaced by a deeper disco sensibility.

Case in point: ‘White Noise (feat. AlunaGeorge) ‘, a dancefloor favourite that slots Aluna’s distinctive vocal tightly into the groove, messes around with them and spews it all back up amidst a wonderful flurry of percussive and playful synths. Or ‘Stimulation’, on which the bass fizzes compulsively along under a stripped back, brilliant falsetto vocal loop. Rest assured, there are plenty of as-yet unheard tracks that stand toe to toe with the aforementioned, although they never quite surpass them.

What I love about this record is its relatively unhurried nature, and the fact it sticks solidly to the game plan. It’s the album promised by ‘Tenderly/Flow’ more than ‘Carnival’. Excluding Doolittle and Aluna, not every vocalist brings their A-game, yet the quality of the brothers’ beats and build-ups means things never dip below the threshold required for this to be a great debut.

Settle is a soulful, accomplished and versatile record. I’d have loved to have heard Jamie Woon’s night-silk voice get a little more room to breathe, for Jessie Ware’s guest spot to have really hit its sultry potential, or for perhaps one more emphatic, hook-laden hit in the vein of album closer ‘Help Me Lose My Mind (feat. London Grammar)’, but that would be asking for as perfect an album as I can imagine. I’ll more than happily settle for less.