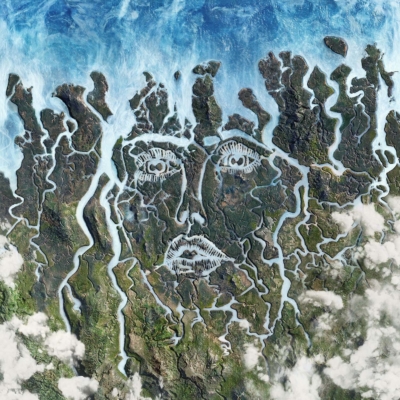 ​​It’s been nearly five years since Disclosure’s last full-length release and in that time, the Lawrence brothers have been busy. In the intervening years the duo have experienced a year-long hiatus, released an EP, a string of singles and remixes, as well as racking up numerous songwriting and production credits with the likes of Khalid and Sam Smith.

All of this work has felt very much like the preamble to the inevitable, fully-fledged third record so after all that time does the duo’s latest effort, Energy,deliver? Not quite.

First and foremost, it’s important to note that Energy has been inadvertently hamstrung by COVID-19 in that it’s hard to release a record espousing the benefits of woozy nightlife during a global pandemic. Disclosure’s previous studio albums Settle and Caracal released when there was a real appetite for them. Unfortunately, due to consequences outside of Howard and Guy’s control, Energy feels a little incongruous in this regard.

The incongruities don’t stop there though. Bafflingly, Energy often defies many of the sonic staples established across Disclosure’s back-catalogue and it frequently works against the album.

‘Who Knew?’ is the glorious highpoint on the album precisely because it leans towards the duo’s well-founded sonic palette. You’ll instantly recognise those whirling ethereal synthesisers and the tight UKG drum loops and that’s no bad thing. The song is sentimental and modern, but most importantly it affords guest artist Mick Jenkins the space to flit between harmonic and conversational tones on a dime.

Mick is just one of several collaborators brought on for the album but unfortunately few are used so well. "Ce n’est pas" and "ENERGY" are exceptions to the rule and feature Blick Bassy and Eric Thomas respectively and to great effect, but generally this is an album of criminally underutilised guest artists.

The most egregious offender has to be "My High" which is easily the duo’s most tedious release to date, a near five-minute track in which Aminé and Slowthai ceaselessly demand that no one ‘fuck up their high’ or ‘bring them down’. I get the sense that this song is supposed to appear edgy in some way but genuinely, this is toothless at best and repeating it ad nauseam does nothing for the flow of the album.

That’s the big problem with Energy though; it’s an album that is somehow overlong but mercifully short. Clocking in at forty minutes this thing should move at a clip but it doesn’t, and that’s because some of these tracks simply cannot justify their runtime with the amount of what’s not happening within them. As an example, you could easily shave a minute off of "Lavender" or "Douha (Mali Mali)" and lose very little.

I don’t wish to suggest that Energy is all bad as it truly isn’t. For instance the production across the record is as solid as any previous release - both Howard and Guy have had enough experience in this field after all - and it shines throughout. Unfortunately though it just doesn’t distract from the fact that this album really lacks a song to define it, in ways that "Latch" or "Omen" did for previous releases.

Energy is something of a misfire for Disclosure, it is an album that opts to play things safe and the consequence is an unremarkable album that feels at once overthought and simultaneously underdeveloped. It is technically proficient in all the ways that you’d expect; it just doesn’t reach the essential highpoints of its predecessors.