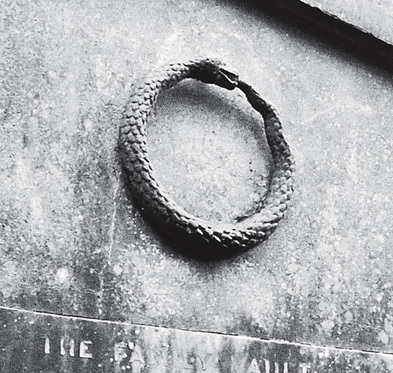 My brother was lucky enough to see Sunn O))) play with Boris in Columbus, Ohio, touring behind their 2006 collaborative album, Altar. His description of the performance started to trigger my interest beyond simply enjoying the genre of metal but being enthralled and fascinated by it.

He described how the stage was soaked in deep, indigo light while copious amount of fog washed to the front of the room. Moments later, he was able to faintly discern cloaked figures who appeared on stage. At its loudest, he described the discomfort he felt…how the noise rattled his entire body, almost to a point of making him feel sick. It was a menacing, theatrical scene that was unlike any other show he’d experienced – Sunn O)))’s latest offering, Downtown LA Rehearsal/Rifftape March 1998 backtracks almost a decade from Altar…showing Sunn O))) in their beginning phase of figuring out their sound and direction.

As loud and as punishing as Downtown is, it also functions as an intimate release for Sunn O))), one that most diehard fans will jump at the opportunity to hear or even own strictly because it wasn’t meant for them to hear in the first place. Unfortunately, these types of releases can be two-sided simply because the idea of rare has been transformed into an overdone concept: it’s the box sets, the deluxe version of those box sets, the unheard of until now, and even bragging rights for fans. The idea of “limited” has sadly lost a large fraction of its allure because of its mass, overproduction. However, with its predictability, they also please a certain group of people: their loyal followers. Sunn O))) are well-versed in the coveted with their staggering discography – 2006’s WHITEbox, for example: a box set reissue of White1 and White2, which also had a tour edition version. But Downtown positions itself as white noise at this point. Simply put: it’s been done (Rehearsal Demo Nov 11 2011, LA Reh 012) and although a desirable collectable, it doesn’t go too far beyond that.

Downtown is exactly what you’d expect. It’s an ultra DIY set-up that shows Greg Anderson and Stephen O’Malley at their most raw. It’s unpolished, static-ridden, and course…absolutely deafening. Although separated into eight respective tracks, the release is not surprisingly one giant swell of noise with zero breaks. It’s experimentation at its finest, it’s figuring out process and execution, and building on those advancements. However, as special as Downtown is, it’s more about the idea opposed to its actual content – but, it’s an idea at this point that Sunn O))) have exhausted. Their efforts have become less attractive over time because of excess even if there are limited quantities, so it’s no surprise that Downtown is another special Sunn O))) release that gets lost in the shuffle. While it may be easy to give Downtown a pass because of the type of release it is, the fact remains that it’s more of a superfluous release. While Sunn O))) remain steadfast in the drone-doom subgenre of metal, here’s hoping that they can refocus their energy by pulling away from the overhaul of unique releases and putting that energy back into solid, substantial material that they’re known for.