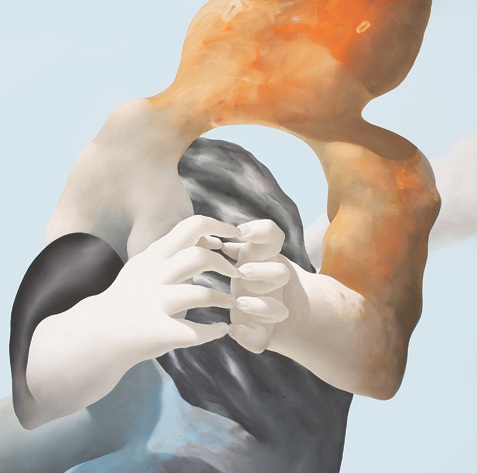 Deptford Goth, aka Daniel Woolhouse, seems a man torn between stylistic directions. In the best moments of his back catalogue, such as “Union” from 2013’s Life After Defo, he has worked this genrelessness to his advantage, melding delicate, R&B-informed songwriting with insistent beats and subtly inventive electronic textures. He’s far from the first to combine these musical disciplines; How To Dress Well plies a fine trade in leftfield R&B, and closer to home, the fellow South East London-based James Blake mixes soul and dubstep in Mercury-winning style. Yet there’s still plenty of potential for interesting ideas and innovation in this particular electronic niche – could Songs, Woolhouse’s slightly annoyingly titled second LP, go some way to fulfilling this potential?

Well, no, not really. Songs occupies pretty familiar territory; the vocals still mix vulnerability with detachment, the percussion is still pleasantly fragile, the lyrics are still eloquently meaningless and, frankly, half-baked. Whole songs are based around such glazed-eyed lines like “love, love is enough…” and “the rhythm of life is an irregular beat”, and although this kind of music is admittedly more about texture and atmosphere than poetic directness, it’s hard to escape the feeling that Woolhouse could come up with some more imaginative content than this.

Conversely, all the production here is hard to fault, other than its being a touch samey. “Dust” is a chiming, twinkling number that benefits from its own sparseness; “Code” mixes a lurching, tumbling beat with billowing synths and genuinely lovely vocal hooks to disarmingly tender effect. Yet, when you compare much of this album to many of the other LPs of this style from the last year or two, it’s difficult to find anything that has not been done before, usually more effectively. Some of the more minimal, balladic pieces sound like poor relations of moments on The xx’s Coexist; many of the vocal melodies feel as if they could have found more comfortable homes on either of the last two How To Dress Well records, if only they were delivered with a little more conviction.

Deptford Goth has plenty of potential, but until he decides whether he wants to write direct pop songs with an electronic edge a la the xx or dive headfirst into early James Blake-style soul-step experimentation, he’ll remain floundering. Songs is the sound of a talented man with a little too much focus on trends and on a too-wide cache of influences, to the point where even he sounds unconvinced by his own music.