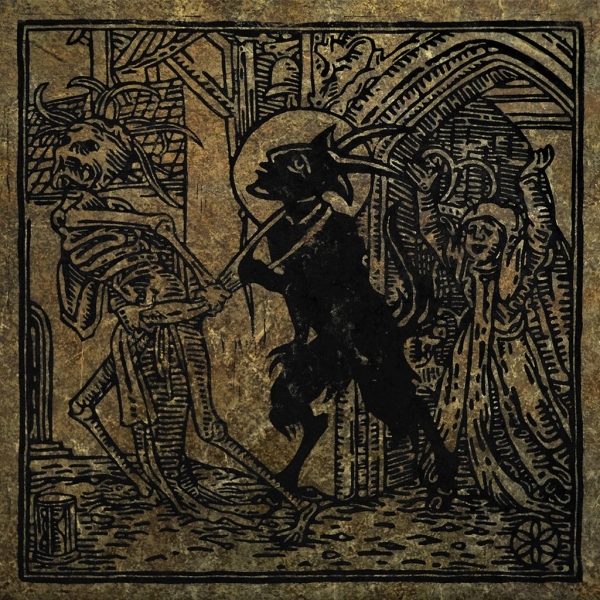 Heavy concepts and albums are not always natural bedfellows; tie yourself too close and you can lose the listener, stray too far and you can trip over yourself.

On Morning Pageants, the debut album from the West Midlands duo of Tom Lenton and Oliver Jack, Delmer Darion have found the balance masterfully on their first attempt. Said to be inspired on a line from the Wallace Stevens poem “Esthétique du Mal”: “The death of Satan was a tragedy / For the imagination”, the album is based around the idea that the devil was once universally feared, but has over time been reduced to a comical, slightly pathetic character.

Sampling has long been central to Delmer Darion’s creative process, but when they realised how difficult it can be to clear samples - especially for a young band - they embarked on the honest, if not a touch onerous, task of creating their own sample library to build their music from. The result was a five year journey from beginning the record to its release, and the time spent developing in the shadows pays dividends over and again across the album; somehow it’s hard to imagine a record as texturally rich and complex as this being completed any faster.

On their account of Satan’s decline, the West Midlands duo bring together several different styles of music; the sparse doom-folk of album opener “290 Recto”, industrial shoegaze on “Darkening”, blissful IDM on “Brossier” and dark ambient on “Lacuna”.

The album finishes with the most complete track of a decidedly assured debut, “Television”, which they explained to The Fader “Plays on the belief, found in Pastor Gary Greenwald’s “Deception of a Generation”, that Saturday-morning cartoons like He-Man and the Masters of the Universe were turning children to Satan and the occult”. Built around a simple drum loop and elegiac piano chords, Genevieve Dawson adds melody to the lyric “This is where the serpent lives” whilst increasingly erratic drum fills engulf her.

On their debut, Delmer Darion present an album that can be enjoyed studiously through exploring its depth and archival references, but more importantly they have simply created 44 minutes of music that sounds like it is from a new world as beautiful as it is strange.