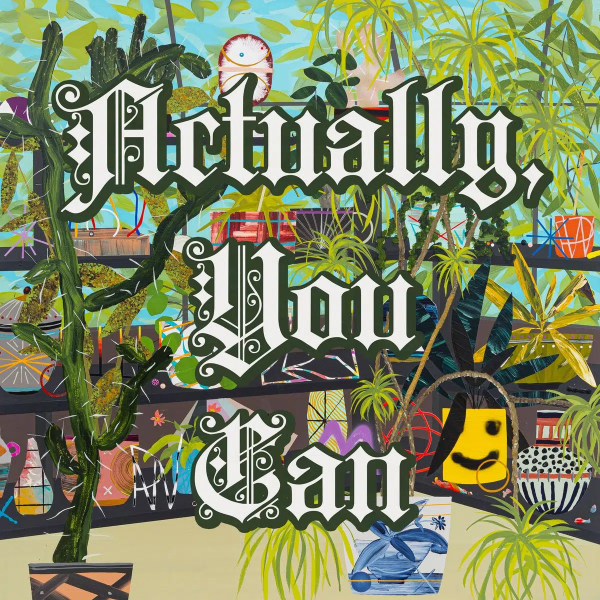 Notoriously, Deerhoof were once described by Pitchfork as being the “best band in the world”, and this albatross has hung heavy around their neck ever since. They are not, and have never claimed to be, the best band in the world - but they may very well be the best there is at what they do. They always have been.

Having spent their entire careers at the very forefront - the bleeding edge - of experimental yet accessible rock music, Actually, You Can is the most straightforward album of their entire career. It’s streamlined, bare bones and offers a different palette than anything you’d be expecting to hear from Deerhoof in 2021. The band - drummer Greg Saunier, bassist/vocalist Satomi Matsuzaki, and guitarists Ed Rodriguez and John Dieterich.

Dieterich, in an interview with Maddy Smith for this very website, said: “I feel like we’ve created our own tradition over time, whether or not it’s intentional.There’s all these mysterious things inside our heads individually and collectively, but these are complicated systems that are semi-consistent over time. We are growing together as people even if we’re doing things separately from the band. But ultimately, just the fact that it goes through these imaginations and bodies, is what defines that consistency.”

This consistency comes across in each of the nine songs on this new record. “Be Unbarred, O Ye Gates of Hell” is choppy and nervy and in its twin-guitar attack it conjures the patchouli pong of classic rock radio. “Department of Corrections” follows the same well-beaten track, with guitars howling and yowling all across your mindframe. “We Grew, and We Are Astonished” brings the band as close to Stereolab and Broadcast as they’ve ever been, with breathy vocals and chiming, glassy guitars draped lovingly over a droopy-eyed beat. It’s a welcome rest from the rawk chaos of the openers, but the serenity doesn’t last long.

“Scarcity is Manufactured” and “Ancient Mysteries, Described” are both muscular, but where the former leads with traditional rockisms, the latter is spindly, and seems precarious. It’s also vaguely Latinate in its guitar interplay sections, which is as thrilling as it sounds. “Plant Thief” maxes the treble, coming through in waves of harsh feedback and piercing sonic tones.

“Our Love is Fiction” showcases the true origin of the sound Wolf Alice have been exploring for the past few years, and “Epic Love Poem” (the highlight of the set) explores a wobbly, jagged kind of broken New Wave you’d expect to hear from the more intense end of the spectrum. The closer “Divine Comedy” is a surprisingly eccentric conclusion to a relatively straightforward album, but its inclusion is welcome and necessary.

If you’re a longtime fan of the band, you might be concerned about all this talk of simplification - you might even wonder if you’ll be able to detect the kind of madcap playfulness and mind-bending experimentation that brought you to the band in the first place. You’ll find out that actually, you can.