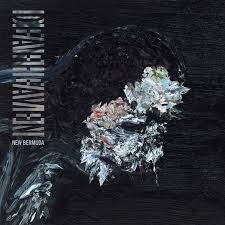 When, two years ago, Deafheaven released Sunbather, its mix of black metal and shoegaze became one of the most polarizing records inside and out of the black metal community.

Inside the insular genre there was plenty of wailing and gnashing of teeth as Deafheaven took the sound of extreme black metal and dared to add My Bloody Valentine-style passages of beautiful shoegaze and the structures of post-rock to the genre, leading to accusations of hipsterism (something also aimed at Liturgy, another act daring to mess with the blueprint) and fraud, often bizarrely based on the fact that the band - and singer George Clarke in particular - are a little bit photogenic.

Outside, there was suspicion from the rest as Pitchfork took the band under their wing, once again leading to hipster broadsides. For a while, it was forgotten that Sunbather was basically the best album of 2013, defying any attempts to keep it in any genre, let alone black metal. It was extreme and loud enough to do that community proud while providing enough hooks and inventiveness to have almost single-handedly create "blackgaze"...although French band Alcest might have something to say about that.

Two years down the line and we have New Bermuda, the LA band's third album helmed by guitarist and principal song writer Kerry McCoy, who has paid no heed to the band's critics by making a record that's if anything more extreme and polarising than the last. If you were fucked off by Deafheaven before Sunbather then you're going to stay exactly the same. New Bermuda doesn't quite tear up the script put in place by its predecesser but it does signal a changing Deafhaven. The latter was an album about the dangers of aspiration and becoming the titular "sunbather", the person who has made it and is frozen by their inability to do anything with the position they've achieved in life; New Bermuda is about realising this,trying to put your life in another direction and hoping that stepping into the unknown doesn't mean falling down a black hole of uncertainty.

Musically, McCoy for the most part has thrown aside the pretty shoegaze passages and replaced them with something far more interesting and risky. Once the bell chimes and speaker bouncing feedback have dissipated on opener "Brought to the Water" we're thrown into a maelstrom of guitars and battering drums, Daniel Tracy immediately setting himself up to be one of the main attractions on this record, and it's immediately some of Deafheaven's heaviest moments. Clarke is transformed as a vocalist, his voice hard enough to make out on Sunbather is even more acidic as he spits and screams out lines that are indecipherable without the help of a lyric sheet. Clarke's onstage persona of dark orchestrator shows cracks here as he asks "where has my passion gone?" and admits "my world closes its eyes to sex and laughter". McCoy's brutality on guitar is tempered by a soaring, melodic solo and that well-publicised Sixpence None The Richer bridge - which almost feels deliberately designed to wind up the purists. The gorgeous, slightly off-key piano outtro serves only to increase the brilliance of this beginning.

"Luna" continues the procession of unforgiving brutality; it's almost Slayer-like in its speedy riffing and Clarke is close to crippling himself with anxiety and thoughts of loss and listlessness: "I've boarded myself inside / I've refused to exit", he sings of his LA dream turned sour. On Sunbather a song like "Luna" might have been softened with those dreamy instrumental passages but Clarke is now trapped in his "dream" house and as he admits on "Baby Blue" he can't even imagine escaping from it in dreaming, such is the ennui he's feeling. "Baby Blue" is the third ten minute track - there's just five songs here - on New Bermuda and it's the first moment of respite; a blissful coda opens the track, recalling slowcore acts like Codeine and Red House Painters yet you can feel the build coming and when it does it might be the most dynamic moment in the Deafheaven canon so far. As Tracy pulls back on the breakneck percussion McCoy produces once again a scintillating solo from out of the ether, like a magical, lost Billy Corgan riff transformed in spite and terror.

The final two tracks of New Bermuda suggest the slightest shoots of recovery and renewal; "Come Back" - despite Clarke on the verge of drowning in the "madness of the undertow" - once again so unforgiving and uninterested in providing the listener with some kind of hook or easy way in ends in the words "now I know" while "Gifts For The Earth", which begins by sounding like The Cure and ends with the curious, languid acoustic "Champagne Supernova" strumming from McCoy finds Clarke almost at peace, asking death to come at him - it's cool, he's a gift for the earth. It's a stark and unsettling image...but not one without hope.

New Bermuda is remarkable simply for Deafheaven's unwillingness to do anything other than follow their own path. The five-piece side-stepped the easy option of giving the listener Sunbather II, refused to pander to the metal community by compromising their experimental tendencies and instead made a record that's not necessarily better than Sunbather but one that could end up being more important or influential. Deafheaven have stood up for what they believe in, it's time everyone listened.