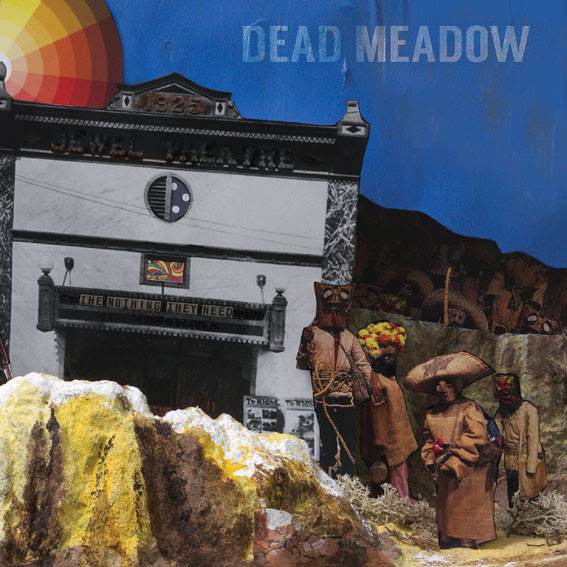 Always steady if not necessarily slow, Dead Meadow’s eighth album, The Nothing They Need, is the band’s 20-year mile marker and a more concise, consistent set of songs than they have heretofore put together.

Back in the late ‘90s and early ‘00s, along with other groups like Oneida and the Brian Jonestown Massacre, Dead Meadow helped to bring indie cred and artistic edge to psychedelic rock, which in the 1990s had largely drifted into the realm of the outdated and unfashionable, stuck between the old guard and the new. Singer/guitarist Jason Simon and bassist Steve Kille have since kept the flame going by sticking to their own thing, and their sensibilities are as unperturbed by of-the-moment influences as ever. Their sound remains guided by voices and echoes from the glory days of Birmingham and California’s high desert, yet has at least one foot firmly planted in the present moment.

The Nothing They Need draws water from wells pleasingly familiar for Simon and Kille, who are aided on the album by all three drummers they have played with over the years (Mark Laughlin, Stephen McCarty, and currently drummer Juan Londono) and also one-time guitarist Cory Shane. Still, subtle innovation does come in the continued streamlining of their tone, which here splits the difference between the thick clouds of stoner rock that emanated from their earlier albums and the supple San Francisco Sound of yore. Wiry but not without weight, The Nothing They Need conveys an increasingly efficient model of Dead Meadow, saying its piece in eight unhurried, hash-hued visions.