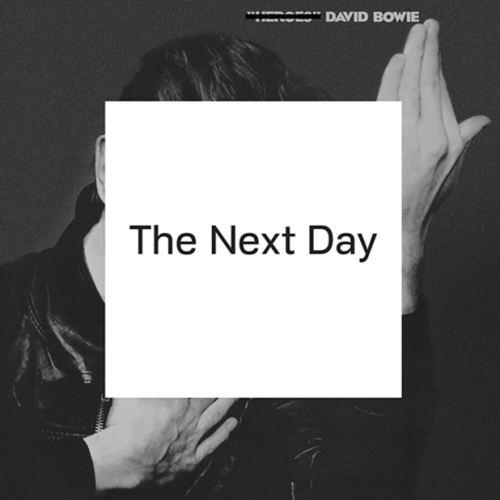 Is there a press release?

“Just come to the office, read an interview with Tony Visconti, and maybe listen to Scary Monsters (and Super Creeps) and Lodger a bit. We don’t know anything more than that.”

On arriving at said office, nervous and excited, a few more titbits of information were revealed. David Bowie had been working on this record for three years. All the musicians signed non disclosure agreements. There’s no management as such; Bowie contacted his PR directly three days before ‘Where Are We Now?’ arrived to say there was an album, and the single from it would come out on his birthday. He’d like journalists to listen to it alone if possible, at this office, on a “normal stereo system”. No downloads, no streams. Other than that, people were to make of it what they wanted.

And there’s so much to make of this. Usually, if you’ve heard a record before someone else, they’ll first ask you how it sounds. This didn’t quite transpire with The Next Day. “Is it good?” was the standard primary concern, rather than a question of what it was actually like. It’s understandable – you have to admit that the past few years (decades?) have not been ones of vintage Bowie. So, to calm any worried souls, The Next Day is very, very good. Purposefully good – the work of someone who seemingly knew that if he was going to come back at all, it had to be with something blessed with brilliance.

As for what it actually sounds like… whoa, nelly. It’s unapologetically self referential, and it pushes envelopes around like a playground bully. It sounds made for massive, flag waving, festival audiences, and its maker doesn’t ever want to play it live. It’s sad, slow, and dark, and it’s also uplifiting, frantic and dazzling. It’s a record brimming with youth, and wizened with age, one of constant contradiction, and singular vision. I look forward to the years it’ll take to get my head around it (forgive me, but as with everyone else reviewing this, I’ve only had a few spins).

Bowie seems to be revelling in his ability to surprise. Visconti deeming the stately ballad ‘Where Are We Now?’ to be a red herring was no joke – it’s practically the only slow jam here. What’s more the order of the day are the likes of the opening, title track, which sees Bowie on full throttle right from the off on a brash, swaggering number that opens the record in a similar manner to how ‘It’s No Game (Part 1)’ ushered in Scary Monsters. The same musicians who sounded like they were holding back tears on ‘Where Are We Now?’ are here, having a blast. And if he didn’t sound alive enough, he even addresses his continuing existence with the wry chorus line “here I am, not quite dying”; a lyric that takes on extra significance when you remember that a few weeks ago, many fans – not least the Flaming Lips – actually worried that David Bowie might be dying.

It’s not a start that sounds particularly modern, but it’s one that does sound unmistakably like vintage Bowie. The fact that that is an aesthetic that has rarely been bettered means one doesn’t spend too much time contemplating the album’s place in the current musical landscape. Bowie certainly isn’t concerned with it; the second number, the frankly amazing ‘Dirty Boys’, would have fitted very neatly – and been one of the best tracks on – Iggy Pop’s Bowie-penned classic The Idiot. It’s a total left turn from the frantic pace of the opener, but the slower tempo doesn’t mean a lessening of force – this a menacing, devious number that’s as playful with its lyrics (“I will steal a cricket bat, smash some windows make a noise, we will run with dirty boys”) as it is mean-spirited in its sound, all sinister guitar tones and a show-stealing turn from Steve Elson’s bastard saxophone.