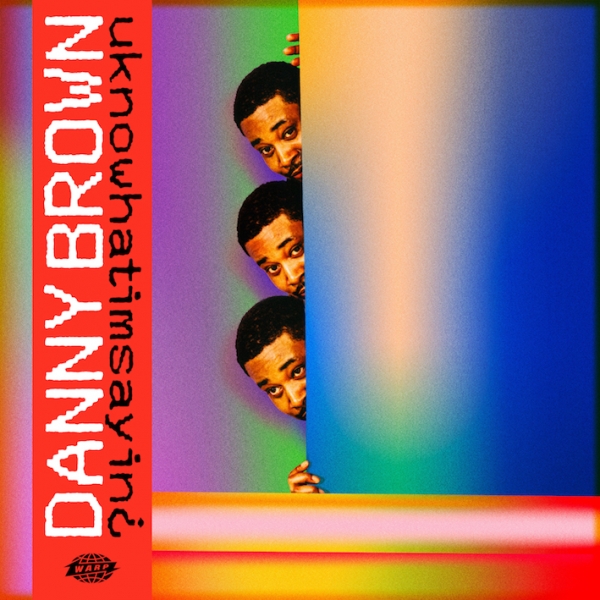 uknowhatimsayin¿ is the most comfortable Danny Brown has sounded since cartwheeling into the wider public consciousness in 2011.

This could well have something to do with having certified hip hop royalty Q-Tip helming the project - a signal of his standing at the epicentre of the left-field hip-hop sphere. The album is reminiscent of Brown’s pre-XXX work; less jarringly experimental, or festival crowd pandering, and more grounded in a familiar hip-hop tradition.

On uknowhatimsayin¿, the singular persona is once again present - dialed down a touch and fitting lucidly within the centre of the record. The beats rattle along in wonky fashion, but the whole thing is never completely derailed.

Brown’s lyrics ebb between reflective (such as on opener "Change Up") and sleazy stand-up schtick (lead single "Dirty Laundry"), and both bleed together successfully as he wanders through the track-listing. The Flying Lotus-produced cut “Negro Spiritual” finds Brown at his most manic, rambling over skittering, disorientating jazz drums while JPEGMAFIA cools things down with a hook reminiscent of Pharrell at his early-'00s ad-lib peak. Next up, “Shine”, featuring Blood Orange, is a sobering comedown to the previous track, lusciously melancholic and a well-placed breather. Finale “Combat” rounds everything off with Brown flaunting his technical precision over a deranged horn loop (with added Q-Tip ad-libs for good measure).

With Q-Tip focussing on the arrangement of the record, Danny Brown sounds rejuvenated as an MC. Though it lacks in the experimentation of Atrocity Exhibition, it compensates with cohesion and undeniable quality. As a presentation of Brown as an exceptional rapper, it ticks all the right boxes.