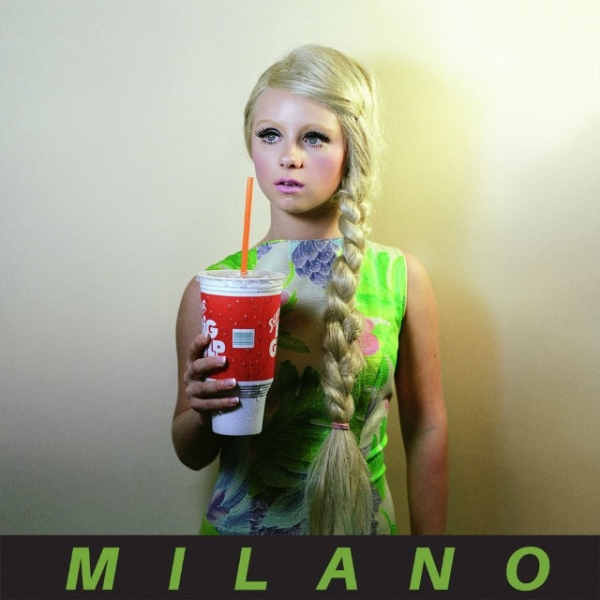 Daniele Luppi has earned himself a reputation as a composer who throws together unlikely artists for high concept projects.

His last project, 2011's album Rome - made with producer Danger Mouse and featuring Jack White and Norah Jones - was a love letter to Ennio Morricone and other Italian producers like Luis Bacalov, Pierro Picconi and Riz Ortolani, as well as 60s and 70s movie soundtracks and spaghetti westerns.

This time round, Luppi draws his inspiration from another city that’s played an important part in his life; the achingly cool buzz of high-fashion 80s Milan. MILANO combines the yin and yang of slacker punks Parquet Courts and brash energy of Karen O. It seems an incompatible pairing, however Parquet’s slurring discordance and O’s frenetic purr make for an intriguing proposition.

O only appears on half of the album, and in her absence the Parquet-only tracks are wired with all the nervy DIY hallmarks that have made their own albums so thrilling. "Mount Napoleon" is off-kilter and downtuned with a laxity and jittery undertone that recalls Silver Jews or Pavement, while on opener "Soul and Cigarette", Luppi intersperses keys that twinkle through the ramshackle, buzzsaw guitars like lights in glitzy department store windows.

The album really shines though when O steps up to the mic and accordingly, Parquet Courts spike up their guitars to complement her kittenish exuberance. Jagged riffs thrust, needle and stab on "Talisa" and "Flush", while O's vocals strut, prowl and drip with unapologetic sexuality. “Touch yourself!" she orders brattishly on "The Golden Ones", later breathlessly asking "do you like it when I dance for you like this?” on "Pretty Prizes" amid ragged Magazine-esque riffs.

On paper MILANO should be a mess, but it's a resounding triumph. Luppi has crafted a fast-paced and fashionable record which taps into the lifeblood of his beloved Milan; seductive, hedonistic and super stylish.