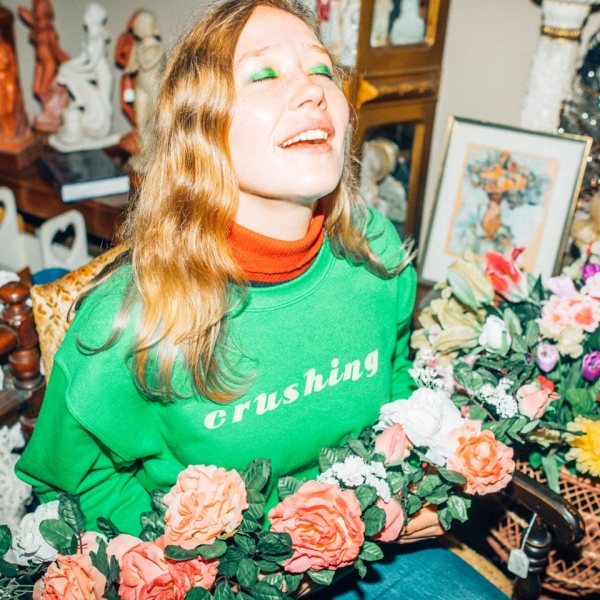 This is not the first time that Julia Jacklin, has won us over with her succinct storytelling. Having delved into the trials of broken relationships and quarter life crises on her debut LP, she returns with sophomore release Crushing, offering ten tracks loaded with enough arcs to fill a Game of Thrones episode.

The Aussie songwriter mastered the art of the bittersweet ballad in her debut full-length, Don’t Let The Kids Win, and this melancholy filters through to Crushing, but with a more stripped back style, allowing the plaster peel away, exposing the wound of losing someone - in both life and love. Opener, "Body", wears Jacklin’s heavy heart on her sleeve, alongside wavering vocals that guide us through a painful altercation with an ex-partner at an airport: “I’m gonna leave you / I’m not a good woman when you’re around” coos Jacklin as she realises their attempt to go somewhere is failing, and not just in the literal sense of getting kicked off the plane.

While sombre strokes can be heard in most of the album tracks, lead single "Head Alone" has a pep in its step as it sets about defying the smothering side of intimacy. “I don’t want to be touched all the time / I raised my body up to mine” sings Jacklin softly, which mirrors themes of reclaiming control, first pondered in "Body", with “I guess it’s just my life / And it’s just my body”, repeating throughout the track like a mantra. We dive head-first into Jacklin’s stream of consciousness in "Pressure to Party", which shines a light on the stress of post-breakup expectations. “Pressure to party, gonna stay in / Nothing good can come from me drinking / I would run, shoes off, straight back to you / I know where you live, I used to live there too”, admits Jacklin, whose erratic thoughts collide with a melodic yet ragged riff.

Despite its sparse and solemn exterior, "Comfort" illustrates the light at the potential end to post-break up pain, whilst also ending the album with a hopeful peak into a brighter future, one ‘cured with time’. The lullaby’s last lingering notes echo those from Jeff Buckley’s "Last Goodbye", another track that magnifies the breakdown of a relationship. It’s an unexpected album highlight, and stays with you like a familiar scent, of a past love perhaps, showcasing the relatability of her songwriting once more.

Even though many breakup references are scattered throughout Crushing, a strong sense of emotional progression is also woven in, flipping the narrative to be more positive in parts. Vivid lyricism personifies the album title in each track - whether we’re feeling crushed by a suffocating relationship or crushed by the pressures of going at it alone, Julia Jacklin is here to give you the cold hard facts: “You’ll be alright / You’ll be just fine”, despite what you might think.