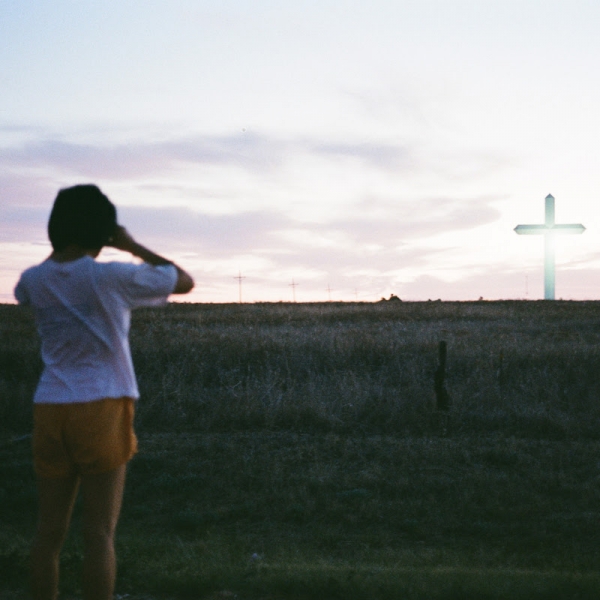 You can learn a lot from putting yourself in someone else’s shoes.

Peering through the window on lives that are not your own, you not only view the pitfalls and successes, but the lengths and measures which people are willing to go to, just to make it through.

On I Need A New War, Craig Finn’s fourth solo record, and third of an intended trilogy examining the minutiae of his characters’ lives, he once again creates parallel worlds to get lost in; snapshots of existence that taper into your own.

Finn is a wanderer. Flitting from place to place and collecting stories, he traces the roots of humanity like a map. There is a moment on the record as he glides through the misty morning haze of “Holyoke” that finds his character “Thinking about the pioneers / Blazing trails and cutting clear / All the roads that led us here.” From a songwriter whose lyrics are so steeped in location it is easy to picture Finn himself in the driving seat following these blistered paths. Setting course from his suburban hometown of Edina via the Twin Cities to America’s farthest-flung corners.

His view of America is not that which is captured on postcards or emblazoned on TV screens. It is the one etched into bathroom stalls and whispered around bars and trailer parks. It is a fragmented recollection of the night before punctuated by drink, drugs, religion, and bad decisions. While Finn’s last record - We All Want The Same Things - focussed on the tethering security of forming relationships and their often catastrophic fall out, I Need A New War basks in solitude, dealing with the internalised personal struggles everyone faces when trying to drag themselves through the mire.

On this record perhaps more than any other Finn casts his eye on what is left after the hedonistic days of youth have passed. On the thunderous longing of opener “Blankets” Finn muses “When they swept up all the empties / The parties always seemed like such a waste” as the chorus builds to be ruptured by a rapturous harmonica. His characters here are left to face their lives with the hangover of their former selves looming over them, to push on into the plateau where the highs aren't quite so high and the lows mercilessly frequent.

Finn captures the exasperation of living in an era dominated by social media that demands and expects so much of our interaction and proactive response, not only to the issues affecting friends and family, but to wider global crises as well. It is an expectation that can be crushing when sometimes just making it through the day is hard enough.

There are teary eyes behind the vamp of “Magic Marker” - the tale of a man whose bad choices disastrously alter his life and narrow a future that was once wide open - as the glorious backing vocals of Annie Nero and Cassandra Jenkins provide a security blanket from the broken moments being laid bare. The gossamer-thin balance between Finn’s plaintive delivery and Nero and Jenkins palatial backing comes to be used to great effect throughout the record; a defiant echo of conciliatory hope.

“Grant At Galena” is a page torn from the life of a veteran at odds with the world they are thrust into when their war is over. Yet within this story of breadline living and destroyed relationships there is a light. “I found a bird in the backyard / It flew into a wall / Brought it into the foyer / Prayed its sins are absolved / I finally felt useful / Trying to save something small.” Within this moment is the briefest glimpse of hope, a small scale purpose that in a way provides its own redemption.

But it is within the exhaling relief of “Something To Hope For” that we get just that. A sea-sprayed wash of Wurlitzer and fist bumps of brass accompany a promise of the protagonist to look after someone close to them after coming into some money. As the lead guitar chimes in to mimic the backing vocal melody in the outro, it is the perfect soundtrack to some of life’s tiniest victories.

The whole record is a tightrope walk between those who strive and succeed, and those destined to become another of life’s multitude of casualties. Such is the fine line between the two that during the oompah romp of “Indications” when Finn sings “These big black cars aren’t really so fancy”, you wouldn’t want to place money on whether he is referring to a limo or a hearse.

Developing on the musical themes he’s been tinkering with for all his solo records I Need A New War finds Finn fully embracing elements of soul, doo wop, country and Americana. It makes for a lush melting pot that bleeds American; evoking an era of classic cars, chrome finished diners and root beer floats. It’s a cosy, comfortable world, one that rewards repeated listens to bring out the heart of the stories and nuance of the musicianship.

As a lyricist, Finn rightly deserves to be mentioned in the same breath as the greats, for there are few who can paint the world around them with words like he can. He graces the elemental cornerstone of all great art and literature, possessing the ability to create something in which we can see elements of ourselves while providing an opportunity to learn and to grow into territory we didn’t even know existed.

Never passing judgement nor looking to act as some moral authority, if there are any lessons to be learned here it is in commonality of the shared human experience. The knowledge that nothing more than cruel luck can determine the paths we find ourselves upon, and that steely determination binds us more closely than we think.

As with all of Finn’s writing I Need a New War is filled with stories of heartache and struggle, as well as defiance and hope. It is also a curt reminder not to become a bystander of your own life. It may make you feel many things but crucially Finn, the most human of story tellers, has created a record and a world within which you will never feel ashamed or alone. 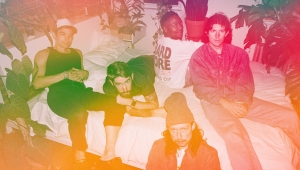 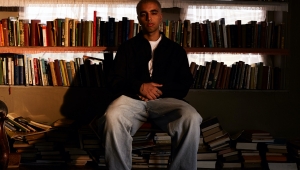