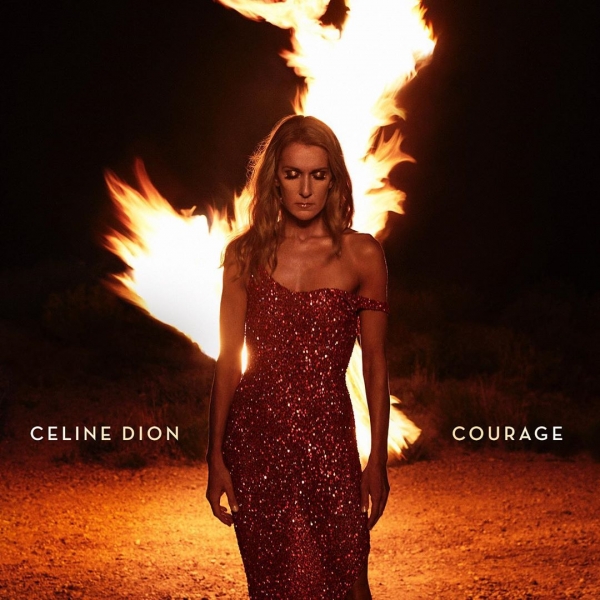 Since her mainstream debut at the advent of the 1990s, Celine Dion’s career has been followed by both monumental commercial success and near-unanimous critical derision.

The singer’s vocal abilities are undeniable, though relatively soporific when held against the standards of her fellow pre-millennium divas (see Whitney Houston’s gospel-tinged pop-soul pyrotechnics and Mariah Carey’s diaphanous octave-spanning R&B vocal stylings). The latter half of her career has been defined by almost-Herculean amounts of touring success, with which her recent music releases (at least on the surface) seemed to play second fiddle.

Such a trend continues with Courage, her latest body of work, which was announced almost two months after tickets for her eponymous world tour went up for sale. Blatant commercialism aside, the album is a sprawling, unevenly spread record that affirms Dion’s status as the queen of gooey schmaltz-soul. Unsurprisingly, it does little to introduce the listener to the singer as an artist, rather than a vocalist, in-tune with the creative process.

It is in this vein that Courage’s sonic landscape follows: an odd, fragmented mix of Eurovision-channelling EDM and the singer’s piano-based pop ballad comfort zone. A look at the album’s credits reveal a disparate range of producers, ranging from David Guetta’s perennially generic electronica on “Lying Down” to The Stereotypes’ light and buoyant pop on “How Did You Get Here”. Such selections bring to mind relatively recent releases from two of Dion’s peers; the smouldering, progressive R&B of Mariah Carey’s Caution, as well as the multi-cultured experimental pop of Madonna’s Madame X. Both albums consisted of a diverse range of traditionalist, contemporary and futuristic producers, their sonics being funnelled through each singer’s core artistry (for reference, both Madonna and Carey were listed as the lead producer on all of their albums’ tracks).

Contrastingly, the clunkiness of Courage speaks to Dion’s relative lack of involvement, vocals aside, in the construction or composition of this album. The singer herself admitted that she had already been sent 48 songs prior to its recording, an approach which seems asinine given the recent precedence given to artists who sing, write and produce their own material within the music industry.

That isn’t to say however that Dion’s voice isn’t on fine form on this album. Though her instrument has been subject to the natural wear-and-tear brought about by age, her ability to sell a lyric, however unoriginal, hasn’t changed. Songs such as the stirringly confessional “Imperfections” (“Yeah, I got my own imperfections / I got my own set of scars to hide / I got my own imperfections / I can't hold your heart when I'm fixin' mine”) and the sombre, cinematic title track (“I still come home from a long day / So much to talk about, so much to say / I love to think that we're still making plans…”), which is almost certainly an ode to her late-husband Rene Angelil, are testament to this. Such tracks reveal glimpses of a singer who channels her own personal trauma into a song, a singer who finds courage in everyday experiences and emotions. But moments like this are few and far between each other on Courage; they’re contrasted by songs such as “Say Yes”, a blatant attempt at recapturing the middle-of-the-road magic typified by tracks such as Adele’s “Someone Like You”.

In short, there’s a sad irony to the title of this album; as a body of work, it derives courage through its commitment to playing it safe.