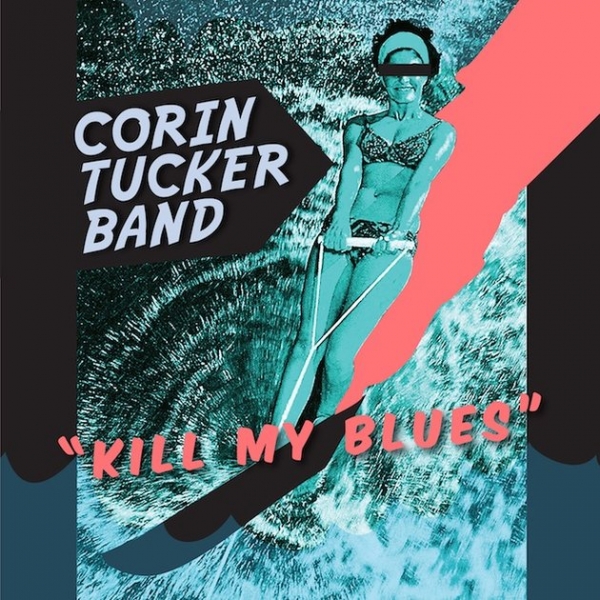 Sleater-Kinney were arguably one of the most prolific bands to come out of the Riot Grrrl movement in the US releasing 7 full length records and appearing on numerous indie charts. Steeped in politically-charged punk rock, Sleater-Kinney’s raw energy was contagious, though listening to their records would produce a nagging hope that the trio would acquire a bass player to round out their sound. Corin Tucker was one of the driving forces behind Sleater-Kinney. Her voice was (and somewhat still is) a beacon of light in a complex world. Her solo efforts prove there is quality life beyond Sleater-Kinney, a judgement not at all predicated on the fact that she now has a bass player. Motherhood has not extinguished Corin’s flame – quite the opposite really. Her second solo album, albeit in collaboration with her band, shows maturity, poise, and excellent songwriting combined with great rock ‘n’ roll licks. Corin’s hallmark continues to be her harsh, powerful vocals which could pierce you in the heart or sooth you all in the same verse. Her lyrics are likely to accomplish the former, but there remains the bigger question of who, if anyone, will listen.

Kill My Blues is an album about the realisation that the fight for women’s equality has made slow progress: “What does it mean now/Why can’t I wake up/Is our generation stuck in a deep rut”. On the opening track ‘Groundhog Day’, Corin’s introspective lyrics demonstrate frustration at the pace of change in the world. She makes a point about a lack of women in global leadership roles which spawns some internal gear grinding, her prose encouraging a shift in this writer’s perspective. Nothing wrong with playing a little air guitar while contemplating the state of the world. This is what separates Corin Tucker from your average alt-rock heroine.

‘Neskowin’ is a track about sexually liberated teenage girls. The chorus of “I don’t go like the other girls” is sung with intensity reflecting the state of lost innocence. “Heads barely out of the fairy tales/But our bodies grown up and ready to go.” It is unfortunate that teenagers may never hear her message – while the music is sharp and the lyrics have depth, Kill My Blues is not likely to stir the pot. World views and their prospective effects aside, there are great musical moments throughout the album. ‘None Like You’ is one of many highlights with a heavily infectious, reverbed chorus that rockets through the backdrop of a fantastic edgy guitar, yet is not overused or replayed to death.’Tiptoe’ finishes the 42 minute affair with a bluesy riff taking centre stage while Corin pushes her vocal range yet again demonstrating greater power than she’s ever had.

Kill My Blues features 12, solidly built songs, all with the intention of re-thinking the way we think about femininity. Corin’s success is defined by moving forward, saying what’s on her mind, and delivering a relevant message amidst emptiness. She is a powerful and passionate woman who has created a record with the same characteristics. It can only be hoped that she gains a following among those that would benefit the most from her message, namely, the youth. The world still needs her voice.