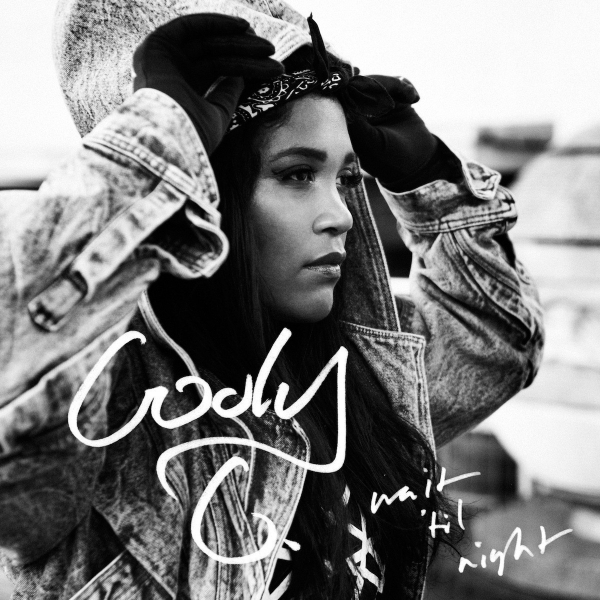 Across her two LPs to date - 2012’s Playin’ Me and this, its follow-up, Wait ’til Night - South London’s Merrisa Campbell, aka Cooly G, has used her full-length expeditions to explore more complex, difficult and polarising emotional frequencies than can possibly visited on her club-ready EP output.

Where her debut album found Campbell a scorned lover, confused by simultaneous feelings of lust and longing, alienation and confusion, Wait ’til Night sees her re-embracing her sexuality to a greater extent than ever before. As such, it could spiritually serve as either a prequel or sequel to its predecessor’s emotional turbulence: portraying either the calm before the storm that led to such a weathering of her being on Playin’ Me, or - taking into consideration the frank and candid way in which she’s able to discuss fantastical desires here - a readiness to brush off the dirt and dust of the past, embracing positivity once more.

Save for the odd moment then, it’s largely unsurprising that Wait ’til Night scans as a far more hopeful experience than its forerunner. Marketed by Campbell’s label Hyperdub - one of the most progressive and consistently brilliant independent labels in the UK and home to an eclectic roster that runs the gamut from Burial to Laurel Halo, imprint founder Kode9 to Ikonika - as “sensitive, lo-fi bedroom music”, which couldn’t be more of an apt description; it’s a suite hugely focused on what happens behind drawn curtains and closed eyelids, carnal bliss too often confined to daydream fantasies.

“Like a Women Should” easily topples much of Playin’ Me in terms of sultry seduction, its slow and heavy-grooved production accentuated by a celestial sprinkling of melodies that could almost be drawn from a Zero7 track. Atop it all, Campbell offers a myriad of siren calls, ushering in a prospective lover: “I wanna know you/what’s your name? Come over here and talk to me/I think you should get to know me/I’ll treat you good like a women should.”

It’s a shame then that much of Wait ’til Night lacks the depth of narrative that made the imposing tales of urban romance on Playin’ Me so engrossing. “Want” - originally penned for Jeremih - feels like a largely superfluous addition to proceedings while “1st Time”, for all its coy sweetness, greatly lacks in substance compared to more resonant prior outings.

There’s still much to embrace here though. The album’s final duo, “Fuck With You” and “The 3 of Us”, offer something of a call-to-arms, finding Campbell at her most fiery, confrontational and brilliant. While the former offers swathes of pizzicato strings lending an almost classicist sense of romance, the latter sees a full-blown return to the feelings of isolation and alienation that moved beneath the surface of Playin’ Me. It’s an enthralling example of her abilities as a storyteller, lyricist and MC: “How could you do that to the two of us? It should be the three of us,” she offers with an equal measure of venom and heartbreak. “I couldn’t figure how you’d give up the best thing ever/a little baby, that shit amazed me,” she spits in a deserved rebuke; a sentiment perfectly in keeping with Cooly G’s modus operandi: a natural storyteller capable of catching even the steeliest listener off guard, in love or loss, lust or loneliness.